The US Food and Drug Administration has lifted the hold on clinical studies with fitusiran, including the Phase II open-label extension (OLE) study and the ATLAS Phase III program.

The clinical hold was imposed in September after reports of a fatal thrombotic event in a patient with hemophilia A without inhibitors in the Phase II open-label extension (OLE) study of fitusiran was reported by the drug’s developer, US RNAi specialist Alnylam Pharmaceuticals (Nasdaq: ALNY). 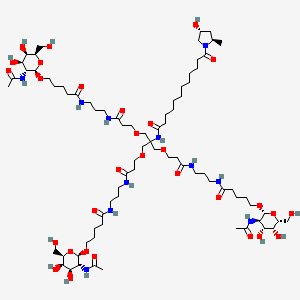 The news came just 10 months after Sanofi Genzyme, a unit of French pharma major Sanofi (Euronext: SAN) elected to opt in to co-develop and co-commercialize fitusiran for the treatment of hemophilia and rare bleeding disorders (RBD) in the USA, Canada and Western Europe, paying Alnylam $100 million, under its 2014 deal worth a potential $700 million.

Alnylam and the FDA had previously reached alignment on new clinical risk mitigation measures, including protocol-specified guidelines and additional investigator and patient education concerning reduced doses of replacement factor or bypassing agent to treat any breakthrough bleeds in fitusiran studies.

The FDA has now approved the protocol amendments and other updated clinical materials for fitusiran studies. Fitusiran is an investigational RNAi therapeutic targeting antithrombin (AT) for the treatment of patients with hemophilia A and B. It is designed to lower levels of AT with the goal of promoting sufficient thrombin generation to restore hemostasis and prevent bleeding.

“We are pleased with the FDA’s decision to lift the clinical hold, as fitusiran holds the potential to help improve the lives of people living with hemophilia,” said Akin Akinc, vice president and general manager, fitusiran at Alnylam. “With the additional risk mitigation measures in place, we look forward to the continued late-stage development of fitusiran and expect to resume dosing around year-end,” he added.

The clinical significance of the fitusiran mechanism of action is under investigation. Fitusiran has not been approved by the FDA, European Medicines Agency or any other regulatory authority for any indication and no conclusions can or should be drawn regarding the safety or effectiveness of this investigational therapeutic.