German drugmaker Bayer won the U.S. Food and Drug Administration’s priority review status for an experimental drug for a difficult to treat type of blood cancer, bolstering its development pipeline. 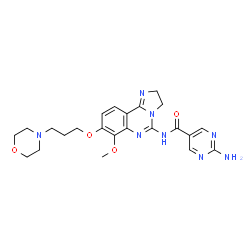 Based on results of a Phase II study, the FDA plans to review Bayer’s copanlisib within six months instead of the usual 10 for use against follicular lymphoma which has returned or persisted despite at least two prior therapies, the company said in a statement on Wednesday.

Bayer, which is taking over U.S. seeds group Monsanto, is trying to follow up in its drug development efforts on the recent success of blood thinner Xarelto and anti-blindness treatment Eylea.

“Copanlisib may have a greater success and potential than we initially anticipated,” Bryan Garnier analysts said, adding they would revise their current peak sales estimate of 600 million euros.

Bayer has said it was targeting peak annual sales of more than 500 million euros for the compound.

The Phase II trials has previously shown that copanlisib lead to the cancer receding in close to 60 percent of participants.