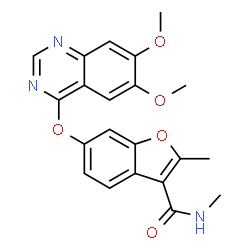 “It’s the first time in this area of cancer that a Chinese company has discovered a chemical drug, taking it all the way through to phase III [the last phase], and a successful outcome,” said Christian Hogg, chief executive of Chi- Med.

The drugmaker took 17 years to get the result. It has now finished the clinical trial and plans to submit all the data taken to the China Food and Drug Administration in July.

“The approval should be granted in early 2018, at which point we will launch the drug,” said Hogg.

Chi-Med has invested more than US$400 million (HK$3.12 billion). The funds came from CK Hutchison and also its business partner Eli Lilly, and the firm’s listing in both London and Nasdaq.

Chi-Med still has seven drugs in 30 clinical trials, which are moving to the final stage, added Hogg.

“All eight drug candidates we created are designed for the global market, so China is a very important part of our strategy, but even bigger is the global opportunity,” he said.

Cost of blood pressure drug surges in U.S. after recall