AstraZeneca has won approval for its lung cancer pill Tagrisso in China, a key market for the potential blockbuster medicine.

Tagrisso is designed to help cancer patients with certain genetic mutations that are very common in China and the regulatory green light boosts the British drugmaker’s prospects in a key therapy area.

Lung cancer is a vital component of AstraZeneca’s ambitious sales targets, set in 2014 in response to a takeover attempt by Pfizer, with Tagrisso forecast to contribute $3 billion.

At the time, many analysts viewed the Tagrisso goal as unrealistic. Yet consensus forecasts have now risen to $2.8 billion for 2022, according to Thomson Reuters data, helped by its strong launch and the failure of some rival products. 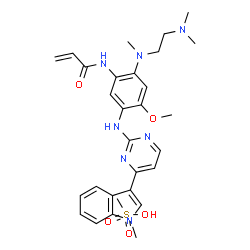 China is potentially the biggest market for the drug because 30 to 40 percent of Asian patients with non-small cell lung cancer have epidermal growth factor receptor mutated tumors that are receptive to Tagrisso, a far higher rate than in the West.

AstraZeneca’s head of drug development, Sean Bohen, said in a statement on Monday announcing the drug’s approval that China represented a “significant opportunity”.

Tagrisso is the first drug approved under the China Food and Drug Administration’s priority review pathway, which offers a fast track to market for an innovative medicines.

The once-daily pill is currently used as a second-line therapy, after patients have tried older drugs like Roche’s Tarceva and AstraZeneca’s own Iressa, although a clinical trial this year could prove its benefit in first-line use.

Beyond Tagrisso, investors are heavily focused on prospects for another clinical study testing a combination of two drugs in the hot area of immunotherapy, where AstraZeneca is chasing rivals such as Merck , Bristol-Myers Squibb and Roche.

Octapharma gets FDA approval for new product strengths of NUWIQ