G-protein-coupled receptors (GPCRs) are a big group of transmembrane receptors. They are also known as serpentine or seven-helix. They include 800 genes (or about 4% of the entire protein-coding human genome). GPCRs activate pathways of intracellular signal transduction, that lead to a cellular response. Endogenous agonist ligands that bind to and activate these receptors include hormones, neurotransmitters, photosensitive substances, odorants, pheromones, and range in size from small molecules and peptides to proteins. 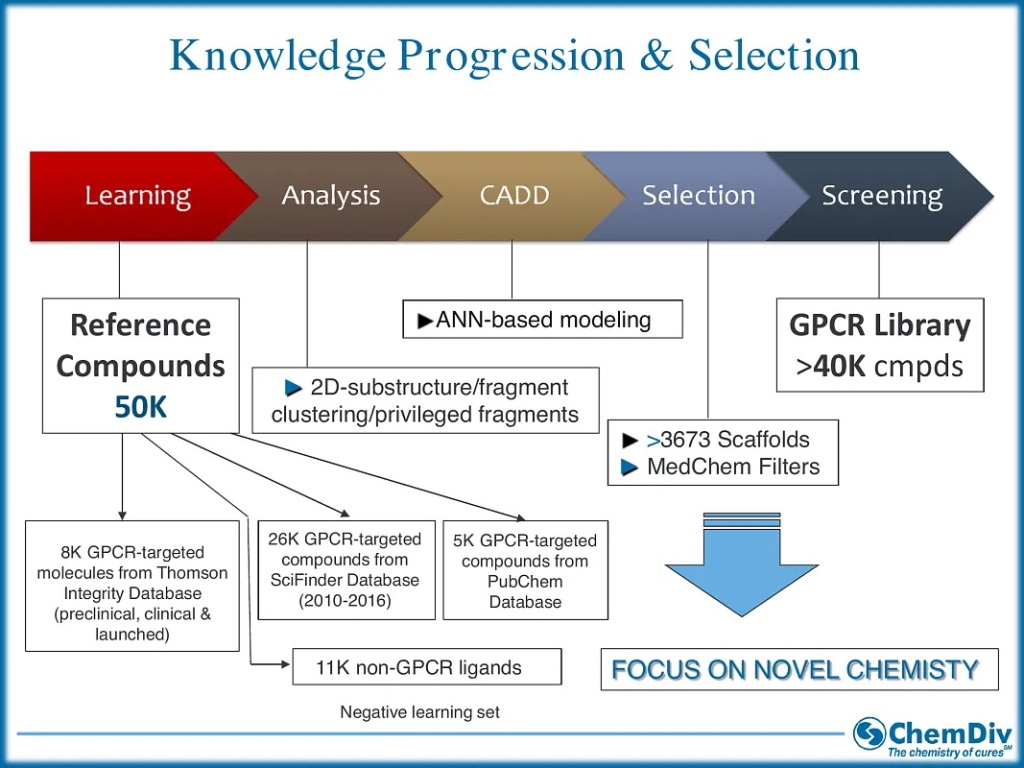 GPCR throughout the body

G protein-coupled receptors are related to a great amount of processes:

Vision: Opsins use a photoisomerization reaction to convert electromagnetic radiation into cellular signals. Rhodopsin, for example, uses the conversion of 11-cis-retinal to all-trans-retinal for this purpose;

Autonomic nervous system function: Both the sympathetic and parasympathetic nervous systems are regulated by G protein-coupled receptors responsible for many of the body's automatic functions, such as maintaining blood pressure, heart rate, and digestive processes.

Many of the world's top selling drugs have targeted this receptor family. They play central role in the development of cancer, Alzheimer's disease, diabetes, psychiatric disorders and obesity,

A recent study of all GPCR drugs and agents currently in clinical trials found that 475 drugs (i.e. ~34% of all drugs approved by the Food and Drug Administration [FDA]) mediate their effects through 108 unique GPCR. In addition, success rates for GPCR-targeting drugs over the past 5 years have been 78% (Phase I), 39% (Phase II), and 29% (Phase III). One of the recent FDA-approved GPCR-targeted drug is Zilretta (triamcinolone acetonide extended-release injectable suspension), a glucocorticoid receptor agonist that is used to treat pain in osteoarthritis of the knee.

The other good example is Chemokine Receptor-Targeted Library. It consists of 18k elements. Therapeutic strategies based on modulation of chemokine receptor pathways were reported to be promising clinical strategies in the treatment of inflammatory diseases, such as multiple sclerosis and atherosclerosis, psoriasis, inflammatory skin diseases and atopic dermatitis, as well as viral infections, including HIV.

Have a look at our Human GPCR Annotated Library . Biological data is available for 122 proteases targets. The total number of compounds is 5800 compounds. Among them 640 compounds are available for express delivery.