Target libraries of chemical compounds help the scientist to develop new drugs that will act on specific therapeutic targets. Usually the target is a key molecule in pathogenesis, so the screening of targeted libraries represents a precise and modern approach. In this survey , authors outlined how target libraries are created and how they are used.

In 1928, Alexander Fleming discovered penicillin accidentally noticing its killer effect on bacteria. Today, less than 100 years later, scientists rarely screen natural compounds to randomly discover the medicinal efficacy of some of them (figure 1 below). The search for drugs looks different, and in general, the modern approach can be called targeted. 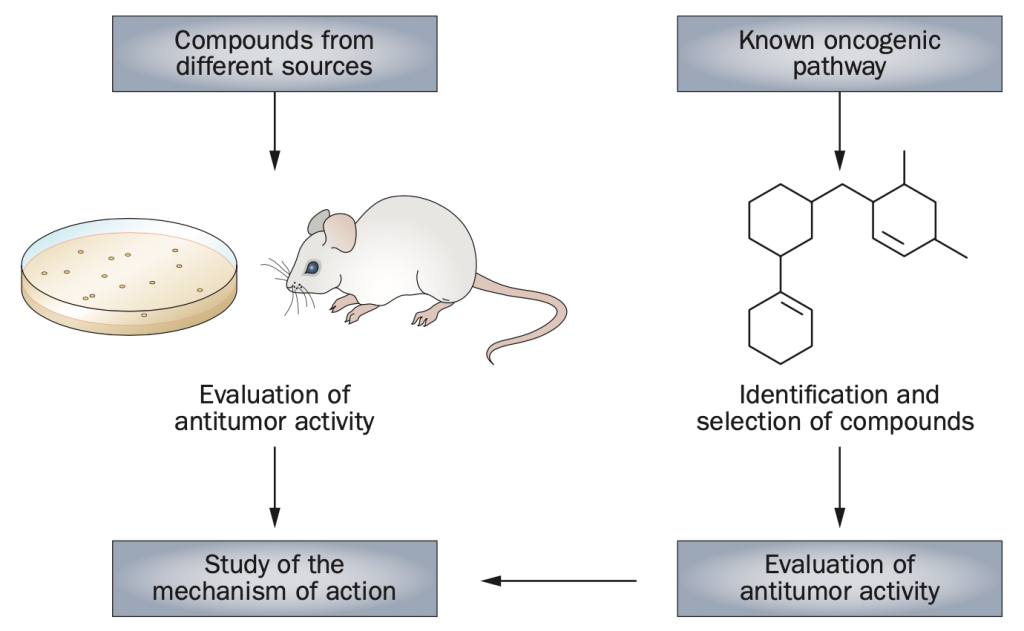 Figure 1. Drug design for anti-cancer therapies. Left: The classical approach - scientists test compounds from different natural sources (for example, plants) on cancer cell cultures in vitro and xenografts in vivo . Right: The modern targeted approach — scientists first determine the key molecules in oncogenesis, then select potential agents based on the information about the structure of the key molecule and test the antitumor activity of selected compounds. [1]

Scientists study first the molecular mechanisms of the disease development., For example, how the body becomes infected or how oncogenesis is triggered, how pathology develops. Then they try to determine some key proteins that have to be turned off to stop or prevent the disease. Once the targets are identified, scientists begin to select compounds that could block or counteractthe key molecule . These targeted compounds are assembled into a targeted library. The design of such libraries generally utilizes structural information about the target or family of interest.

Targeted libraries represent a set of chemical compounds that possess the affinity to the target protein or protein family, that is, they interact with them with high specificity. Targeted libraries are used for the search of a new molecules that act specifically on the target protein. When a suitable targeted compound called hit is found, scientists begin to improve its activity, solubility, stability and bioavailability to create a drug based on it.

To understand the features of targeted libraries, let's look at how they are created.

To search for a suitable targetedcompound , information about the structure of the target protein is used. After studying the structure, the ligand compounds are virtually matched to it. These building blocks can be combined in different combinations to produce different potential ligands. Next, different ligands are compared in terms of the strength of affinity for the target receptor, and only those specific to it are selected (figure 2 below). 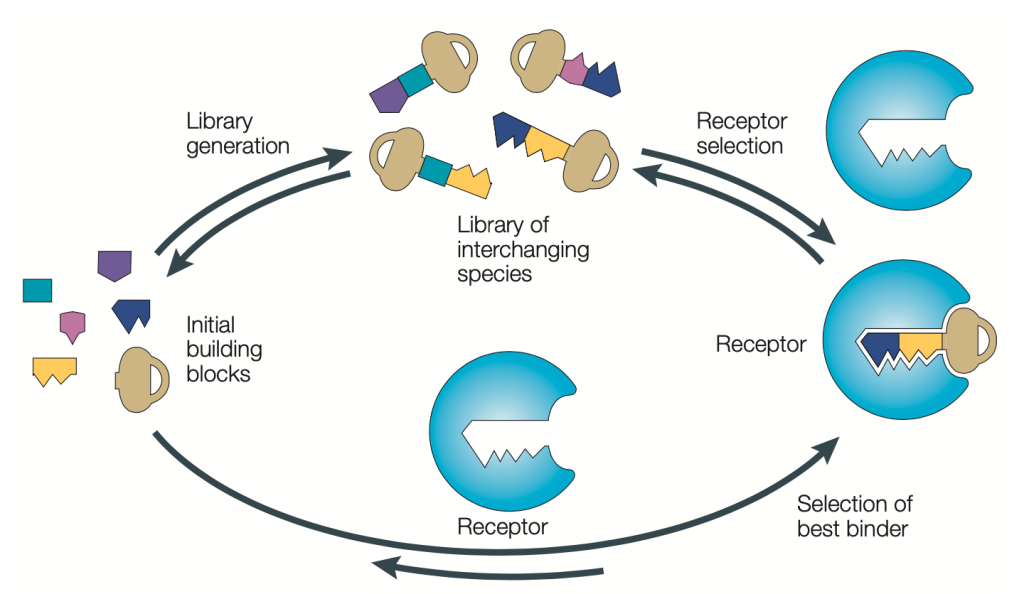 For example, the SARS-CoV-2 coronavirus enters the cells through the ACE2 receptor. Therefore, many researchers are searching how infection can be stopped at this stage. To find a solution, scientists study the structure of ACE2 proteinin detail and select molecules that targeted ACE2 specifically. Knowing the structure of a protein helps to design protein-targeted molecules. If you collect all the suitable options, you get a predesigned targeted library. This is how ChemDiv builds its targeted libraries, such as ACE2 Library.

A specific targeted library can be used for specific protein targets only. If the researcher needs to work with molecules against the coronavirus in general, then a focused library is better suited for this. This is a library that is assembled from molecules that target different molecular targets associated with a common problem, such as coronavirus or cancer. For example, ChemDiv offers a special CORONAVIRUS Library and Anticancer Library.

A difficulty exists — for most targets, separate targeted libraries have not been developed. In this case, it is convenient to use components from wider, focused libraries. For example, this was done in a study on the inhibitors of the SARS-COV-2 Main Protease considered as a promising drug target as it is dissimilar to human proteases.. The scientists used anti-protease-targeted molecules from the ChemDiv antiviral and coronavirus libraries, and due to this, they were able to find targeted potential drugcompounds.

The search for a potential therapeutic compounds that are affine to the target key molecule links basic research into the pathogenesis and molecular structure of targets with practical preclinical and clinical studies. Targeted libraries are used at the first stage of the timeline (figure 3 below): libraries help researchers conduct basic research and design targeted drugs. Potential drugs are then tested on laboratory animals (preclinical studies) and, if successful, in humans (clinical studies).

Figure 3. Preclinical models for the evaluation of the effectiveness of anticancer drugs. At each stage of preclinical studies , new information is found out that is necessary to start Phase I clinical trials. [1]

Targeted libraries help design targeted drugs, which are among the most effective in modern medicine, primarily in oncology. Due to the fact that targeted drugs act only on the target, they do not cause significant harm to healthy cells, that is, the most accurate and least cytotoxic. Today it is possible to create a new targeted libraries using an artificial intelligence.