The developmental proteins Hedgehog (Hh) and Wnt are key regulators of cell fate, differentiation and proliferation. The Hh-signaling pathway is complex and involves numerous regulatory proteins. The activated pathway is capable to promote the transcription of target genes, which are responsible for cellular growth and differentiation during embryonic development, and are involved in cancer occurrence. Therefore, dysregulation of the Hh-signaling pathway affects various types of human malignancy. 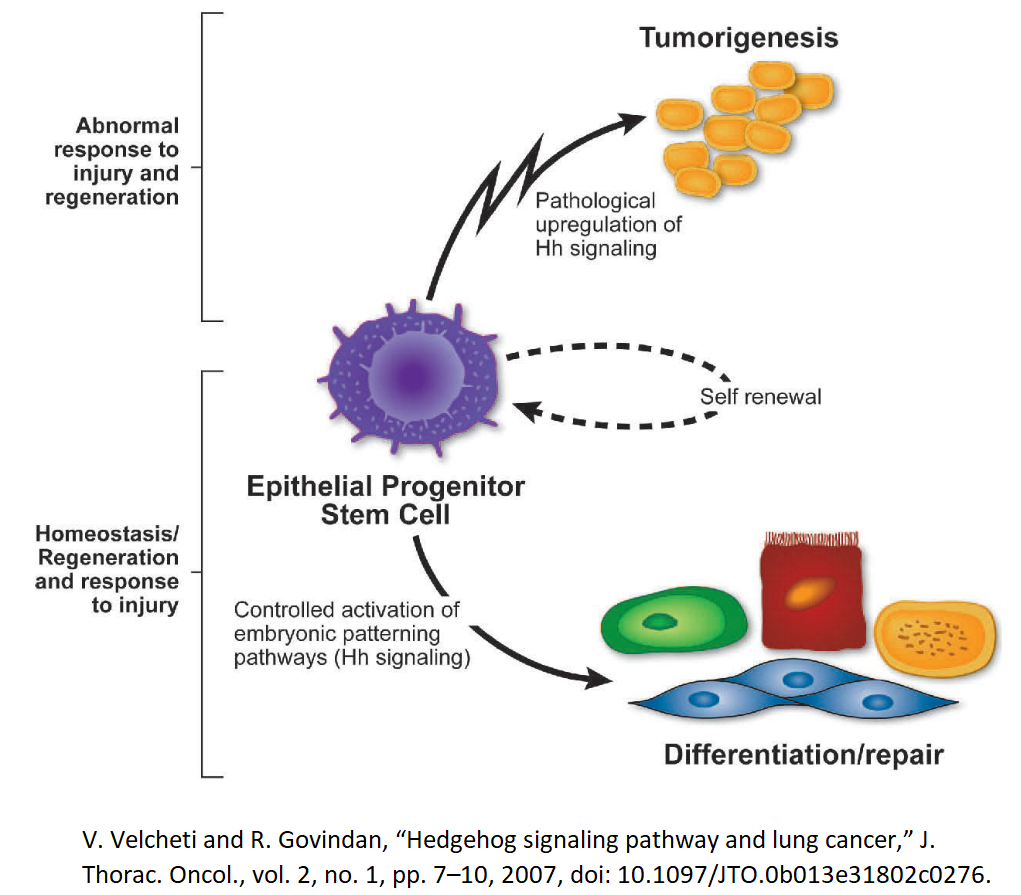