Goodbye, cavities. So long, fillings and dental drills. You may soon be replaced by a tooth-growing drug. 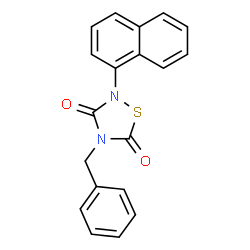 Researchers at King’s College released a study today stating they’ve discovered a medicine that can prompt teeth to regrow over cavities or injuries. The study was published this week in Scientific Reports.

Researchers realized that an experimental Alzheimer’s drug called Tideglusib had the side effect of encouraging dentin growth, which is the bony part of the tooth made of calcified tissue. It makes up most of the tooth, just above the pulp but under the hard enamel.

The simplicity of the method means it could be used in a variety of dental settings and could be rolled out relatively easy, said study author Paul Sharpe, of King’s College London in a release. Tideglusib, used in clinical trials as a neurological drug as a way to encourage brain cell growth, encouraged the tooth to generate more stem cells and grow dentin over the exposed area, according to the report.

In Alzheimer’s clinical trials, the medicine is taken orally and is thought to fight against dementia-causing mutations. It hones in on tau proteins, which are found in neurons and other parts of the body. When applied to teeth, Tideglusib stops a form of tau protein from doing its job—to stop dentin production in the tooth.

Normally, a tooth would only grow a tiny layer of dentin over an injury—not nearly enough to save a tooth from needing to be drilled or removed to prevent infection. But when Tideglusib is applied to the injured spot on the tooth, it blocks the enzyme that usually stops dentin growth, glycogen synthase kinase (GSK-3), and the whole spot heals up by itself.

The King’s College researchers put the enzyme inhibitor on biodegradable collagen sponges, stuck them in subjects’ teeth where cavities had formed and found they healed up without the need for any drilling or filling.

“Using a drug that has already been tested in clinical trials for Alzheimer’s disease provides a real opportunity to get this dental treatment quickly into clinics,” Sharpe said in a release.