Valby, Denmark and Tokyo, Japan, 14 February 2019 — H. Lundbeck A/S (Lundbeck) and Otsuka Pharmaceutical Co., Ltd. (Otsuka) announce today that data from two global Phase III clinical trials evaluating the safety and efficacy of brexpiprazole for the treatment of patients with manic episodes associated with bipolar I disorder did not meet the primary endpoint. The duration of the randomized phase of each trial was 3 weeks. 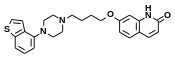 The two multicenter, randomized, double-blind studies of brexpiprazole versus placebo comprised a total of approximately 650 bipolar I patients who experienced an acute manic episode, with or without mixed features, that required hospitalization. The primary efficacy measure to assess the psychiatric signs and symptoms was determined using the Young Mania Rating Scale (YMRS). The YMRS score is a widely-used clinician rating scale to assess mania symptoms based on a patient’s subjective reports of their condition and clinical observations made during interviews.i

The studies did not meet the primary endpoint of statistical separation from placebo as measured by the Young Mania Rating Scale (YMRS) at week 3.  In both studies, the placebo effect on the rating scales was substantially higher than anticipated.

Brexpiprazole was generally well tolerated in the trials. The most common adverse reactions observed during the trials were akathisia (6.5%) and headache (5%) and no other adverse events was greater than 3% for patients receiving brexpiprazole across the 2 studies

The companies will conduct a thorough analysis of the study results to determine what the next steps will be. The results from the bipolar 1 disorder mania studies do not have any bearing on the approved indications of brexpiprazole as treatment for people living with major depressive disorder (MDD) and schizophrenia.

The two trials were multicenter, randomized, double-blind, placebo-controlled phase III studies that enrolled a total of approximately 650 participants. Trial participants had been diagnosed with bipolar I disorder and were between 18 and 65 years of age. Participants had a history of at least one previous acute manic episode, with or without mixed features, that required hospitalization or treatment with a mood stabilizer or an antipsychotic agent.  Each of the trials studied a starting dose of 2 mg per day and titrated to a maximum of 4 mg per day of brexpiprazole or placebo. These studies were done in multiple centers in North America and Europe.

BP-I is a chronic mental illness with a 12-month and lifetime prevalence in the U.S. of 1.5 percent and 2.1 percent, respectively.ii People with BP-I experience one or more episodes of mania, and may have episodes of both mania and depression.iii, iv

Brexpiprazole is a molecule discovered by Otsuka and co-developed by Otsuka and Lundbeck. The mechanism of action for brexpiprazole in the adjunctive treatment of major depressive disorder or schizophrenia is unknown. However, the efficacy of brexpiprazole may be mediated through a combination of partial agonist activity at serotonin 5-HT1A and dopamine D2 receptors, and antagonist activity at serotonin 5-HT2A receptors. Brexpiprazole exhibits high affinity (subnanomolar) for these receptors as well as for noradrenaline alpha1B/2C receptors. The drug was approved in the U.S. on July 10, 2015, as an adjunctive therapy to antidepressants in adults with major depressive disorder and as a treatment in adults with schizophrenia. Brexpiprazole was also approved in 2017 in Health Canada and by the EMA in Europe in 2018 for the treatment of schizophrenia. In addition, brexpiprazole has been approved in several other countries across the world. Brexpiprazole is distributed and marketed under the brand name Rexulti®. In Europe, brexpiprazole is distributed and marketed under the brand name Rxulti®.

H. Lundbeck A/S (LUN.CO, LUN DC, HLUYY) is a global pharmaceutical company specialized in brain diseases. For more than 70 years, we have been at the forefront of neuroscience research. We are tirelessly dedicated to restoring brain health, so every person can be their best.

Our approximately 5,000 employees in more than 50 countries are engaged in the entire value chain throughout research, development, production, marketing and sales. Our pipeline consists of several late-stage development programs and our products are available in more than 100 countries. Our research center is based in Denmark and our production facilities are located in Denmark, France and Italy. Lundbeck generated revenue of DKK 18,1 billion in 2018 (EUR 2,4 billion; USD 2,8 billion).

In pharmaceuticals, Otsuka is a leader in the challenging area of mental health and also has research programs on several under-addressed diseases including tuberculosis, a significant global public health issue. These commitments illustrate how Otsuka is a “big venture” company at heart, applying a youthful spirit of creativity in everything it does.

Otsuka Pharmaceutical is a subsidiary of Otsuka Holdings Co., Ltd. headquartered in Tokyo, Japan. The Otsuka group of companies employed 46,000 people worldwide and had consolidated sales of approximately € 9.8 billion (USD 11.1 billion) in 2017.

All Otsuka stories start by taking the road less travelled. Learn more about Otsuka Pharmaceutical Company on its global website at https://www.otsuka.co.jp/en.

UCB Announces the Approval of CIMZIA® (certolizumab pegol) for Moderate-to-Severe Plaque Psoriasis, Representing an Important New Option for Patients in the U.S.