The Copenhagen-based company said on Thursday both doses of the drug, idalopirdine, showed a “weak efficacy profile” and failed to reduce cognitive decline measured on a scale called ADAS-cog in the study named Starshine.

Idalopirdine, which is being developed with Japan’s Otsuka Pharmaceutical Co Ltd, is being tested in patients with mild to moderate Alzheimer’s disease. 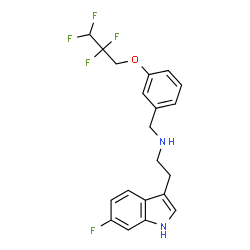 Finding an effective therapy for the disease is a holy grail for the pharma industry, since any successful product is likely to become a multibillion-dollar-a-year seller.

Scientists, however, are still struggling to fully understand the condition, even as global cases of dementia are expected to treble by 2050.

Lundbeck added that idalopirdine was safe and well-tolerated. The company was testing the drug in combination with donepezil, a compound that forms the core of Pfizer Inc’s Alzheimer’s treatment Aricept.

Lundbeck, which closed up about 1 percent at 271.70 Danish crowns, also said two other late-stage studies of idalopirdine would continue as planned and it expected results from them in the first quarter of 2017.

“We are disappointed about the outcome of this study,” said Dr. Anders Gersel Pedersen, Chief Scientific Officer at Lundbeck. “The phase II data were very encouraging but unfortunately, these data failed to replicate those findings.”

Analysts noted that Lundbeck had to lower its dosage from the mid-stage study, due to liver toxicity concerns.

RBC Capital Markets analysts wrote that Thursday’s news suggested low-dose idalopirdine may not be effective enough to hit the primary endpoint in the remaining trials.

The news of the failed late-stage study sent shares of Axovant Sciences Ltd, which is developing a similar drug, down 14 percent.