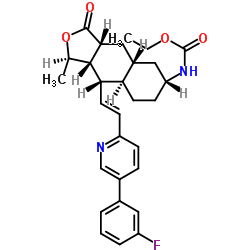 Merck & Co. ($MRK) has come to the end of the line with Zontivity, a clot-busting med once tagged with $5 billion sales estimates. The drugmaker won’t promote the drug anymore in the U.S., and it plans to cut loose 148 sales-and-marketing staffers tasked with the job.

The company hinted at the prospect of dropping Zontivity earlier this year, in its annual filing with the Securities and Exchange Commission. It disclosed its plans to cut its payroll in a WARN notice to the state of Pennsylvania.

Launched in the U.S. in May 2014, Zontivity is approved to prevent blood clots in patients with a history of heart attack, and it won new approvals in Europe last year. At the time, Merck was planning to roll out Zontivity in certain European countries this year–and was still working to promote the brand in the U.S.

But if “efforts to build product awareness in the United States or the launches in Europe are not successful,” Merck said in the SEC filing, the company might write off the drug, to the tune of $292 million as of December 31.

The drug has patent protection through 2027, the company says, and would be eligible for an additional 6 months of pediatric exclusivity. Merck does not break out sales for the drug in its securities filings; typically, that means the sales aren’t material to its finances–and hence comparatively small.

Merck acquired Zontivity, or vorapaxar, in its 2009 buyout of Schering-Plough. It was a first-in-class PAR-1 drug designed to compete with the old standby clot fighter warfarin in stroke patients, and analysts had pegged its peak sales as high as $5 billion per year.

But as clinical studies progressed, serious bleeding risks emerged, dashing hopes of an approval for stroke patients and limiting its potential market. Its 2014 approval included a “black box” warning about those bleeding risks. Merck remained confident, however, that Zontivity would have plenty of room to grow as a clot preventer in heart attack patients.

Since then, newer clot-fighters have hit the market, including AstraZeneca’s ($AZN) Brilinta, approved for post-heart attack treatment, and Eli Lilly’s ($LLY) Effient. There’s also a range of next-gen warfarin rivals, including Bristol-Myers Squibb ($BMY) and Pfizer’s ($PFE) Eliquis; Johnson & Johnson ($JNJ) and Bayer’s Xarelto; and Boehringer Ingelheim’s Pradaxa. Those drugs have bleeding risks of their own, but reversal agents are nearing the market.

The sales cuts come on the heels of R&D restructuring that will claim some jobs in Montgomery County as well. Drawn by drug development hotspots in Cambridge, MA, and San Francisco, the company is staffing up in those areas while winding down in Pennsylvania.

In the R&D restructuring, Merck will close one Pennsylvania facility and cut jobs elsewhere in discovery, preclinical research and early-stage stage development. Meanwhile, it’s building new labs in Cambridge, with plans to open them later this year. In South San Francisco, Merck is recruiting about 100 scientists for a facility that’s also set to get going by year’s end. It’s scouting for a long-term site in that area.