Add Bayer to the list of drugmakers that are feeling the heat from NICE’s Cancer Drugs Fund takeover.

Friday, England’s cost watchdogs said in draft guidance that the German drugmaker’s liver cancer blockbuster Nexavar didn’t provide enough value for the price. And while the decision isn’t final, it’ll be up to Bayer, doctors and others to make their opinions on the preliminary recommendations known before NICE issues its round of guidance. 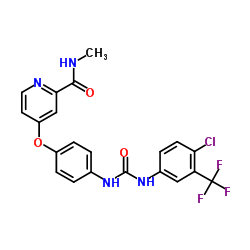 It’s not the first time Bayer has felt rejection at the hands of NICE, of course. The body originally turned down Nexavar for routine NHS use in 2010, and that’s the decision that landed it on the CDF in the first place. Now, NICE has taken up the CDF’s reins, meaning all the drugs it covers are coming up for another review.

This time around, though, Bayer included further evidence that wasn’t in its original submission–and it lowered the price of the med, too.

Those moves weren’t enough to get its med past the gatekeepers, though. “Significant uncertainties remain,” according to Carole Longson, director of NICE’s health technology evaluation center–and “we cannot recommend treatments if we are not absolutely sure that they both benefit patients and are priced in a way that maximizes their prospect of being a cost-effective use of NHS resources,” she said in a statement.

Bayer, for its part, is “disappointed” with the draft guidance, Bayer U.K. CEO Alexander Moscho said in a statement. He added the company “will continue to work with NICE and hope that a positive NICE appraisal will be granted and provide long-term funding in England for Nexavar.”

MOLECULE OF THE MONTH: MAY