CAMBRIDGE, MA, USA and OSAKA, Japan I November 24, 2016 I Takeda Pharmaceutical Company Limited  (TSE 4502)  today announced that the European Commission has granted conditional marketing authorization for NINLAROTM （ixazomib） capsules, indicated in combination with lenalidomide and dexamethasone for adult patients with multiple myeloma who have received at least one prior therapy. The decision to approve NINLARO as the first and only oral proteasome inhibitor to treat multiple myeloma follows a positive opinion by the European Medicines Agency （EMA） Committee for Medicinal Products （CHMP） for Human Use in September 2016.

“For myeloma patients living in Europe, the approval of NINLARO means we have a new and effective treatment option available when we relapse,” said Bob Munro, a patient with multiple myeloma from the United Kingdom. “I applaud the European Commission for recognising the additional benefit that NINLARO will bring to patients, who not only want treatment options that are effective and tolerable, but also appreciate the convenient option of taking an oral treatment. I strongly hope this will be made available by national health systems across Europe as soon as possible.” 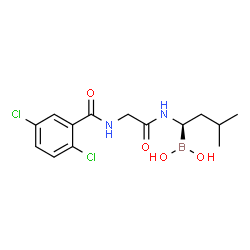 The European Commission followed the CHMP’s recommendation to approve NINLARO based on data from the pivotal Phase 3 TOURMALINE-MM1 trial, which demonstrated that NINLARO plus lenalidomide and dexamethasone increased the length of progression-free survival by about six months, or 40 percent, in patients with relapsed and refractory multiple myeloma when compared with placebo, lenalidomide and dexamethasone. The study also showed that the progression-free survival benefit observed in the NINLARO regimen extended across pre-specified subgroups of patients. Follow-up analyses for overall survival are planned for 2017.

“With the approval of NINLARO by the European Commission, physicians across the region will have the option to prescribe an all-oral triplet regimen to treat patients with multiple myeloma who have received at least one prior therapy,” said Philippe Moreau, MD, Head of the Hematology Department at the University Hospital of Nantes, France. “In the TOURMALINE-MM1 study, we saw a clinically meaningful six-month improvement in progression-free survival with NINLARO, evidence that has supported its approval in Europe. As a hematologist, I welcome the availability of this treatment to address a devastating disease like multiple myeloma.”

“When developing NINLARO, Takeda Oncology’s scientists sought to formulate an efficacious and unique oral proteasome inhibitor with a manageable safety profile. NINLARO delivers the proven efficacy of a proteasome inhibitor in a convenient once-weekly pill that can be taken at home,” said Christophe Bianchi, M.D., President, Takeda Oncology. “NINLARO has the potential to help European patients with relapsed multiple myeloma by removing some of the barriers that can stand in the way of optimal treatment. With NINLARO, our hope is that many patients will be able to continue therapy until disease progression. Following the European Commission’s approval, we will continue to study NINLARO in a variety of settings in the hopes that we can bring this medicine to as many of the patients who may benefit from it as possible.”

As a result of the European Commission decision, NINLARO is now approved for use across the European Economic Area, which includes the European Union’s 28 member states as well as Norway, Liechtenstein and Iceland. In addition, NINLARO is licensed for use in the U.S., Canada, Israel, Australia and Venezuela, and Takeda has submitted marketing authorization applications for NINLARO to a number of additional regulatory authorities around the world.

NINLAROTM （ixazomib） is an oral proteasome inhibitor which is also being studied across the continuum of multiple myeloma treatment settings as well as systemic light-chain （AL） amyloidosis. It was the first oral proteasome inhibitor to enter Phase 3 clinical trials and to receive approval. NINLARO was approved by the U.S. Food and Drug Administration （FDA） in November 2015 following a priority review. In the U.S., NINLARO is indicated in combination with lenalidomide and dexamethasone for the treatment of patients with multiple myeloma who have received at least one prior therapy.

The comprehensive ixazomib clinical development program, TOURMALINE, further reinforces Takeda’s ongoing commitment to developing innovative therapies for people living with multiple myeloma worldwide and the healthcare professionals who treat them. TOURMALINE includes a total of five ongoing pivotal trials – four, which together are investigating every major multiple myeloma patient population, and one in light-chain amyloidosis:

In addition to the TOURMALINE program, ixazomib is being evaluated in multiple therapeutic combinations for various patient populations in investigator initiated studies globally.

Thrombocytopenia has been reported with NINLARO （28％ vs. 14％ in the NINLARO and placebo regimens, respectively） with platelet nadirs typically occurring between Days 14-21 of each 28-day cycle and recovery to baseline by the start of the next cycle. It did not result in an increase in hemorrhagic events or platelet transfusions. Monitor platelet counts at least monthly during treatment with NINLARO and consider more frequent monitoring during the first three cycles. Manage with dose modifications and platelet transfusions as per standard medical guidelines.

Gastrointestinal toxicities have been reported in the NINLARO and placebo regimens respectively, such as diarrhea （42％ vs. 36％）, constipation （34％ vs. 25％）, nausea （26％ vs. 21％）, and vomiting （22％ vs. 11％）, occasionally requiring use of antiemetic and anti-diarrheal medications, and supportive care.

Peripheral edema was reported with NINLARO （25％ vs. 18％ in the NINLARO and placebo regimens, respectively）. Evaluate patients for underlying causes and provide supportive care, as necessary. Adjust the dose of dexamethasone per its prescribing information or the dose of NINLARO for severe symptoms.

Cutaneous reactions occurred in 19％ of patients in the NINLARO regimen compared to 11％ of patients in the placebo regimen. The most common type of rash reported in both regimens was maculo-papular and macular rash. Manage rash with supportive care, dose modification or discontinuation.

Pregnancy- NINLARO can cause fetal harm. Advise male and females patients of reproductive potential to use contraceptive measures during treatment and for an additional 90 days after the final dose of NINLARO. Women of childbearing potential should avoid becoming pregnant while taking NINLARO due to potential hazard to the fetus. Women using hormonal contraceptives should use an additional barrier method of contraception.

Lactation- It is not known whether NINLARO or its metabolites are excreted in human milk. There could be potential adverse events in nursing infants and therefore breastfeeding should be discontinued.

Renal Impairment: Reduce the NINLARO starting dose to 3 mg in patients with severe renal impairment or end-stage renal disease （ESRD） requiring dialysis. NINLARO is not dialyzable and, therefore, can be administered without regard to the timing of dialysis.

Co-administration of strong CYP3A inducers with NINLARO is not recommended.

Multiple myeloma is a cancer of the plasma cells, which are found in the bone marrow. In multiple myeloma, a group of monoclonal plasma cells, or myeloma cells, becomes cancerous and multiplies. These malignant plasma cells have the potential to affect many bones in the body, possibly resulting in compression fractures, lytic bone lesions and related pain. Multiple myeloma can cause a number of serious health problems affecting the bones, immune system, kidneys and red blood cell count, with some of the more common symptoms including bone pain and fatigue, a symptom of anemia. Multiple myeloma is a rare form of cancer, with approximately 39,000 new cases in the EU and 114,000 new cases globally per year.

Takeda Pharmaceutical Company Limited is a global, research and development-driven pharmaceutical company committed to bringing better health and a brighter future to patients by translating science into life-changing medicines. Takeda focuses its R&D efforts on oncology, gastroenterology and central nervous system therapeutic areas plus vaccines. Takeda conducts R&D both internally and with partners to stay at the leading edge of innovation. New innovative products, especially in oncology and gastroenterology, as well as our presence in Emerging Markets, fuel the growth of Takeda. More than 30,000 Takeda employees are committed to improving quality of life for patients, working with our partners in health care in more than 70 countries.