PDZ domains are abundant protein interaction modules that are capable to recognize short amino acid motifs at the C-termini of target proteins. They regulate a wide range of biological processes.

PDZ domains are usually 80-100 amino acid residues long and adopt a similar topology: PDZ domains are usually composed of 6 β-strands (βA ~ βF), a short α-helix (αA) and a long α-helix (αB). The N- and C-termini of canonical PDZ domains are in proximity to each other on the opposite side from the peptide-binding site in a groove between the αB-helix and βB-strand structures. PDZ domains have a single binding site in a groove between the αB and βB structural elements with a highly conserved carboxylate-binding loop located before the βB strand. The loop region of PDZ domain plays a key role in ligand binding. PDZ-containing proteins may interact with dozens of proteins. The regulatory mechanisms of PDZ protein-protein interactions are phosphorylation, disulfide bond formation, autoinhibition, competitive binding, and allostery. [1]

Protein-protein interactions (PPI) are critical for cellular functioning, and their deregulation is involved in several diseases. Since PDZ domains have well-defined binding sites, they provide promising targets for further usage. This domain occurs 257 times in 142 human proteins. Several PDZ domains have been found to be associated with disease development and/or interact with disease-associated proteins. Such diseases are cancer, cystic fibrosis, schizophrenia, Alzheimer’s, Parkinson, avian influenza, pain, and stroke.

One of the approaches that helps to overcome the drawbacks of peptides is the use of small molecules. The involvement of PDZ domains in disease pathways provides a rationale for the development of inhibitors capable of targeting PDZ-mediated interactions selectively to inhibit PPI. The first example of such small molecule was indole 8 identified by virtual library screening, able to inhibit the PDZ2 domain of MAGI3, an adaptor protein important in the regulation of tissue organization and differentiation. [2] 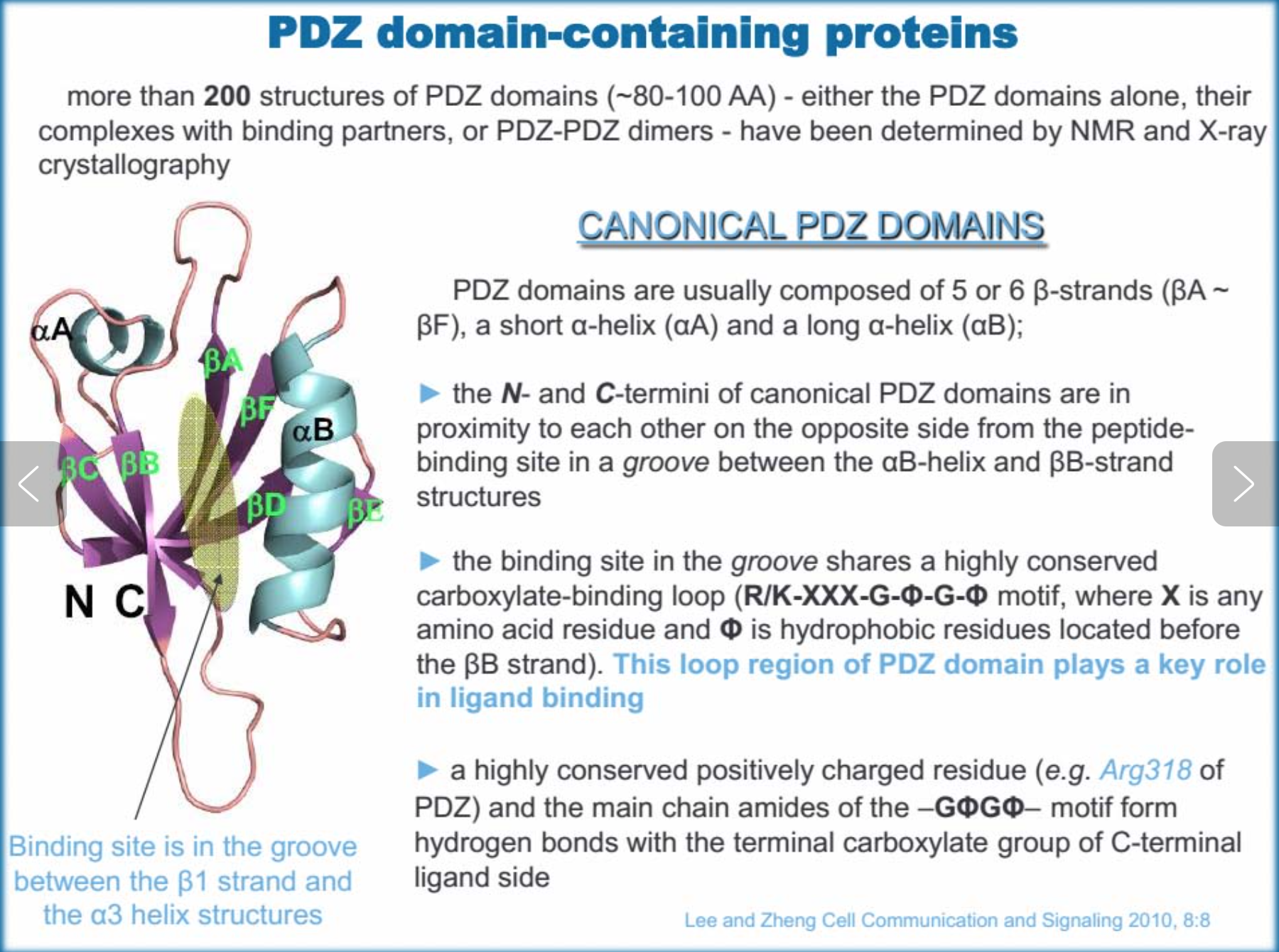