In the first study, treatment with oral SCY-078 in patients with vulvovaginal candidiasis (VVC), resulted in significantly better clinical cure rates and fewer recurrences of VVC at the four-month follow-up when compared to the standard of care (oral fluconazole). In the second study, which evaluated oral SCY-078 as a step down therapy in patients with invasive candidiasis, oral SCY-078 achieved the target exposure for efficacy and was well-tolerated. 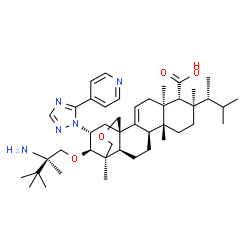 “We are delighted with these positive results that support the concept that a fungicidal product with high tissue penetration like SCY-078 could yield superior clinical outcomes,” said David Angulo, M.D., Chief Medical Officer of SCYNEXIS.  “We identified a well-tolerated oral dose that achieves our target exposure in invasive candidiasis patients, and further confirmed the antifungal activity of oral SCY-078 in two independent human models of Candida infections.  These results support our planned development of SCY-078 as the first drug in a novel antifungal class for the treatment of a broad range of fungal infections with growing unmet medical needs.”

The first study evaluated the effect of two dose regimens of SCY-078 in patients with moderate to severe VVC as a proof-of-concept study to support the development of SCY-078 in invasive candidiasis and other Candida infections. Clinical cure rate, defined as a resolution of signs and symptoms of infection without further antifungal treatment, is now the recommended primary endpoint per the latest FDA guidelines for VVC.  As previously reported, clinical cure rate was higher for patients receiving oral SCY-078 compared to oral fluconazole at the test of cure visit (Day 24).  Additionally, follow-up data now available showed a high clinical cure rate at the four-month visit (end of observation period) of 88% in patients who received SCY-078 compared to 65% in patients who received fluconazole (p=0.04). Moreover, during the four-month observation period, patients who received SCY-078 had a lower recurrence rate (4%) versus fluconazole (15%).

The second study evaluated the pharmacokinetics (PK), safety, and tolerability of SCY-078 as an oral step-down treatment in patients initially treated with intravenous (IV) echinocandin therapy for invasive Candida infections.  Twenty-two patients were randomized to receive study drug or standard of care (one of the patients randomized to standard of care could not receive oral fluconazole due to a Candida glabrata with decreased fluconazole-susceptibility and received micafungin for the entire duration of antifungal therapy). As previously reported, the study met its primary objective by confirming the once daily oral dose of SCY-078 750mg as a dose that is both overall safe and tolerated and achieves the target exposure in these patients. During the study period, there were no reports of mycological failures in the SCY-078 750mg group (n=7) versus two infection-related failures (one fungemia and one abdominal sepsis) in the fluconazole group (n=7).  No relapses were observed in these two groups during the six-week follow-up period.

As previously reported, SCY-078 was overall safe and tolerated in both studies. There were no discontinuations due to adverse events (AEs) and no related serious AEs. Consistent with previous findings, the most common AEs were mild to moderate gastrointestinal (GI) events such as diarrhea nausea, vomiting, abdominal pain or discomfort. In patients with invasive candidiasis, the number of GI events were comparable in both the SCY-078 and fluconazole treatment arms.

“We achieved our stated goals and further de-risked the development of our lead product candidate, SCY-078,” said Marco Taglietti, M.D., President and Chief Executive Officer of SCYNEXIS. “With these positive Phase 2 data in hand, we believe SCY-078 is now the most advanced novel agent in a new antifungal class that can address the growing issue of resistance. We are also pleased to announce the infusion of additional funds from Solar Capital, providing us with the financial strength and flexibility to accelerate and expand the development of SCY-078 and to leverage our internal antifungal platform.”

SCYNEXIS closed a $15 million term loan with Solar Capital, fully funded at close.  This transaction complements the company’s recent equity raise, and results in minimal dilution to shareholders.  Please refer to the Form 8-K filing with the Securities and Exchange Commission for additional information about the facility.

“Solar Capital is pleased to start a financing partnership with SCYNEXIS that should enable the company to expand its pipeline of indications for SCY-078, as well as accelerate its other development programs,” said Anthony Storino, head of life science lending at Solar Capital. “We believe SCYNEXIS offers a unique value proposition in an area with significant unmet medical needs, and we are excited to contribute to the company’s growth and future successes.”

As of September 30, 2016, SCYNEXIS’ preliminary estimate of its cash, cash equivalents and marketable securities totaled $58.4 million, including the $15 million from the loan facility.

Armentum Partners acted as financial advisor to SCYNEXIS on the loan facility.

SCY-078 is an oral and IV glucan synthase inhibitor in Phase 2 clinical development for the treatment for fungal infections caused by Candida and Aspergillus species. SCY-078 is a semi-synthetic triterpene derivative of the natural product enfumafungin—a structurally distinct class of glucan synthase inhibitor. SCY-078 combines the well-established activity of glucan synthase inhibitors (similar to echinocandins) with the flexibility of having intravenous (IV) and oral formulations (similar to azoles). By belonging to a chemical class distinct from other antifungals, SCY-078 has shown in vitro and in vivo activity against multi-drug resistant pathogens, including azole and echinocandin resistant strains. Positive results from two recently reported Phase 2 studies provided evidence of the antifungal activity of orally administered SCY-078 in patients with Candida infections. The U.S. Food and Drug Administration (FDA) granted Fast Track, Qualified Infectious Disease Product (QIDP) and orphan drug designations (ODD) for the oral and IV formulations of SCY-078 for the indications of invasive Candida infections (including candidemia) and invasive Aspergillus infections.

Invasive candidiasis is a serious, often life-threatening infection caused by Candida species that typically affects a highly vulnerable population such as immunocompromised patients or patients under intensive care in hospital settings.  We estimate that the U.S. annual incidence is approximately 98,000 cases with high mortality rates (i.e., 20-40%) despite currently available antifungal agents. Furthermore, the limited number of antifungal drug classes, consisting of azoles, echinocandins and polyenes, and their widespread use, has led to increased numbers of candida infections with drug-resistant strains. The Centers for Disease Control and Prevention (CDC) has listed fluconazole-resistant Candida as a serious public health threat requiring prompt and sustained action.

VVC, commonly known as a “yeast infection,” is usually caused by Candida albicans and typical symptoms include pruritus, vaginal soreness, irritation and abnormal vaginal discharge. An estimated 75% of women will have at least one episode of VVC during their lifetime and 40%-45% will experience two or more episodes. As many as 8% of these patients suffer from recurrent VVC, defined as experiencing at least four episodes a year. Current treatments for VVC include topical antifungals and the use of prescription oral antifungals such fluconazole, which has a therapeutic cure rate of 55% as reported in the label. There are no products currently approved for the treatment recurrent VVC.

SCYNEXIS is a pharmaceutical company committed to the development and commercialization of novel anti-infectives to address significant unmet therapeutic needs. We are developing our lead product candidate, SCY-078, as an oral and IV drug for the treatment of serious and life-threatening invasive fungal infections. For more information, visit www.scynexis.com.

Solar Capital Partners, the investment advisor to Solar Capital Ltd., Solar Senior Capital Ltd. and other affiliated funds, primarily invests in leveraged, middle market companies in the form of senior secured loans, unitranche loans, mezzanine loans, and equity securities. As of June 30, 2016, Solar Capital Partners has invested approximately $5.6 billion in more than 250 different portfolio companies since it was founded in 2006 and has completed transactions with more than 145 different financial sponsors and venture capital firms.

Mylan scores another win over Teva in Copaxone generic battle