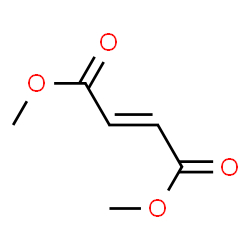 Biogen present new TECFIDERA (dimethyl fumarate) research at the 68thannual meeting of the American Academy of Neurology (AAN) in Vancouver, Canada. The data presented supports the value of dimethyl fumarate in the treatment of patients with relapsing-remitting multiple sclerosis (RRMS), and provides additional information supporting the efficacy and safety profile, as well as real-world patient-reported outcomes.1,2,3,4

This post-hoc analysis shows that, of patients continuously treated with dimethyl fumarate, 65% did not experience a relapse over the six year period (versus 57% in the switch group), and 87% remained free of disability progression (versus 79% in the switch group), suggesting that early treatment may be beneficial to support improved patient outcomes.1

24-week CDP at year six was 15.7% (10.3–23.7) in the dimethyl fumarate group, and 24.3% (15.9–36.2) in the switch group, representing a 49% relative risk reduction (p=.0397), which demonstrates the benefit of earlier treatment with respect to the risk of 24-week CDP. The overall event rate of Expanded Disability Status Scale (EDSS) progression remained low for patients in the study (median EDSS score at the end of six years was 2.0, which is the same as at baseline).1

Additional research presented at the AAN congress, collected from a United States health insurance database, demonstrates the efficacy of dimethyl fumarate, interferon ?, glatiramer acetate, teriflunomide and fingolimod. In a retrospective, real-world study of more than 5000 patients, dimethyl fumarate was associated with a greater decrease in unadjusted ARR after one year of treatment (0.43 in the year prior vs. 0.29 in the year after, p<.0001) than glatiramer acetate (0.28 vs. 0.31), interferon beta (0.37 versus 0.34), teriflunomide (0.41 versus 0.37). ARR one year after initiation was comparable with fingolimod (0.45 versus 0.33, p=0.0016). After adjusting the incidence rate ratio (IRR) for baseline patient demographics, clinical characteristics and prior disease-modifying therapy exposure, dimethyl fumarate was also associated with significantly lower ARR than glatiramer acetate (IRR 1.28, 95% CI 1.10-1.48), interferon ? (IRR 1.25, 95% CI 1.08–1.45) and teriflunomide (IRR 1.28, 95% CI 1.08–1.53). No significant difference was found between the dimethyl fumarate and fingolimod cohorts (IRR 1.12, 95% CI 0.94–1.33).4

In an additional study presented, dimethyl fumarate demonstrated significantly lower ARR and improved patient-reported outcomes after suboptimal response to glatiramer acetate. After six months of treatment with dimethyl fumarate, the unadjusted ARR was 0.13, compared to 0.40 in the 12 months prior to dimethyl fumarate initiation (rate ratiob (95% CI): 0.33 (0.20–0.53, p<.0001).2

In an effort to better understand the overall safety profile of dimethyl fumarate, data presented at AAN explore the treatment’s effects on lymphocyte profiles. The data demonstrates that treatment with dimethyl fumarate resulted in decreased lymphocyte counts across all age groups. Overall, the pattern of lymphocyte decline is generally similar across age groups and consistent with that seen in the overall population. However, it appears that older age is associated with a slightly greater decline in absolute lymphocyte counts (ALC) from baseline, and a higher incidence of severe lymphopenia (ALC <0.5 x 109/L persisting for ≥6 months). All age groups have a small risk for developing prolonged moderate to severe lymphopenia, which is a risk factor for progressive multifocal leukoencephalopathy (PML). The data reinforce the importance of ALC monitoring, in line with the guidance provided in the product information, and remain consistent with the overall favourable benefit-risk profile of dimethyl fumarate.3