JERUSALEM, Israel I October 20, 2016 I Teva Pharmaceutical Industries Ltd. (NYSE and TASE:TEVA) today announced that the U.S. Food and Drug Administration (FDA) has accepted the resubmission of the New Drug Application (NDA) for SD-809 (deutetrabenazine) for the treatment of chorea associated with Huntington disease (HD). The FDA has assigned a Prescription Drug User Fee Act (PDUFA) goal date of April 3, 2017. 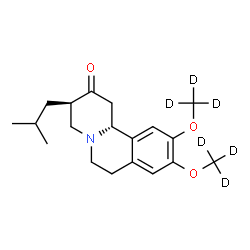 “We are delighted to share the news of this step in the regulatory process with the Huntington disease community,” said Michael Hayden, M.D., Ph.D., President of Global R&D and Chief Scientific Officer at Teva. “We are committed to continuing our collaboration with the FDA to make this potential treatment option available to patients.”

SD-809 was granted Orphan Drug Designation for the treatment of HD by the FDA in November 2014. The NDA filing is based on results from two Phase-III studies, FIRST-HD and ARC-HD. The resubmission of the NDA follows the receipt of a Complete Response Letter (CRL) from the FDA in May 2016.

SD-809 (deutetrabenazine) is an investigational, oral, small molecule inhibitor of vesicular monoamine 2 transporter, or VMAT2, that is designed to regulate the levels of a specific neurotransmitter, dopamine, in the brain. SD-809 is being developed for the treatment of chorea associated with Huntington disease, a neurodegenerative movement disorder that impacts cognition, behavior, and movements.

Huntington disease (HD) is a fatal neurodegenerative disease characterized by uncoordinated and uncontrollable movements, cognitive deterioration and behavioral and/or psychological problems. Onset of HD symptoms typically occurs in middle age, but the disease also manifests in children and the elderly. HD is the most common genetic cause of abnormal involuntary writhing movements called chorea.

Teva Pharmaceutical Industries Ltd. (NYSE and TASE:TEVA) is a leading global pharmaceutical company that delivers high-quality, patient-centric healthcare solutions used by millions of patients every day. Headquartered in Israel, Teva is the world’s largest generic medicines producer, leveraging its portfolio of more than 1,800 molecules to produce a wide range of generic products in nearly every therapeutic area. In specialty medicines, Teva has a world-leading position in innovative treatments for disorders of the central nervous system, including pain, as well as a strong portfolio of respiratory products. Teva integrates its generics and specialty capabilities in its global research and development division to create new ways of addressing unmet patient needs by combining drug development capabilities with devices, services and technologies. Teva’s net revenues in 2015 amounted to $19.7 billion.

Viriom, Inc. announced the initiation of a Phase 2 clinical study to evaluate the efficacy of elsulfavirine in adults with moderate manifestations of COVID-19 (novel coronavirus).