A World War One antiseptic could step in both as a frontline anti-viral treatment and a key to the fight against antibiotic resistance.

Researchers in Melbourne, Australia, show the coal tar-derived acriflavine activates the immune system – even going so far as to offer protection against the common cold. 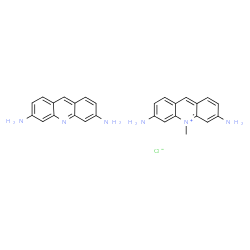 “We have shown for the first time that Acriflavine binding to cellular DNA could activate the host immune system, unleashing a powerful immune response on a potentially broad range of bacteria,” said Michael Gantier of the Hudson Institute, co-author of the study published in the journal Nucleic Acids Research.

Acriflavine was first identified as an antiseptic by German scientists in 1912 and was widely used as a topical antiseptic on wounds during the Great War. It was also used to treat everything from gonorrhoea to urinary infections before being supplanted by penicillin.

“Early scientific literature notes its antibacterial qualities in test tubes, but its very effective action on the skin has never been fully defined,” Gantier said.

He and his colleague Genevieve Pepin believe the key lies in the way acriflavine activates the immune system.

“The effect is two-fold – acriflavine directly affects the bacteria, and then you get the activation of the immune system through the ‘STING’ pathway, which helps to clear the infection,” Gantier said.

The study shows that pre-treating human lung cells with acriflavine protected them against rhinovirus infection (the common cold) by triggering the anti-viral immune response.

Pepin says acriflavine could be used during a viral outbreak such as SARS or influenza to trigger a baseline immune response in at-risk groups.

“Our study indicates that acriflavine stimulates the host immune system, rather than simply killing bacteria, suggesting it wouldn’t be as likely to drive mutations in bacteria – showing a safeguard against resistance and a potential alternative to current antibacterial drugs.”

The next step is to set up pre-clinical models to test how well acriflavine mobilises the immune system in more virulent strains of infection.