A little less than two years after Endo Pharmaceuticals’ deal to purchase Somerset Therapeutics fell through, the Irish drugmaker is returning to the well with a much bigger acquisition.

Endo has agreed to buy BioSpecifics Technologies for a whopping $658 million, the two companies announced Monday, in the culmination of a research agreement signed all the way back in 2004. Endo will purchase all of BioSpecifics’ outstanding stock for about $540 million, valuing the company at $88.50 per share — a 45% premium on the $61.02 share price at which the company closed on Friday.

As the stock market opened Monday, BioSpecifics’ stock $BSTC soared to meet that premium while Endo’s shares $ENDP spiked about 7%. The two sides are expected to close the transaction before the end of 2020.

Under the 2004 agreement, BioSpecifics received royalties from Endo’s collagenase-based therapies, which Endo marketed in the US. The headliner in the deal is Xiaflex, a shot used to treat Dupuytren’s contracture and Peyronie’s disease, and also includes Qwo, which Endo says is the first FDA-approved injectable for cellulite.

But now instead of getting those royalties, BioSpecifics is cashing out a few months before Qwo is expected to launch. The buyout marks the end of a short stint at CEO for Joseph Truitt, who was brought on in an interim role in April and assumed permanent chief executive duties one month later.

Truitt has experience in big-money acquisitions, having steered Achillion toward a $930 million sale by Alexion about a year ago to the day. At the time, Alexion jumped on some positive Phase II data from Achillion’s former lead candidate danicopan, which earned it a breakthrough drug designation and looked to pair well as a complementary therapy for PNH patients taking Alexion’s Soliris.

Though Alexion paid a nearly 75% premium for danicopan and another clinical-stage asset, the former has since flopped two Phase II trials for C3 glomerulopathy.

Endo now is doubling down on Xiaflex and Qwo, two medicines the company believes have “significant long-term growth potential,” CEO Blaise Coleman said in a statement. Xiaflex has been approved for Dupuytren’s contracture, a condition where a buildup of collagen in the hand forces fingers into a curved state, in adults since 2010.

SVB Leerink analyst Ami Fadia agreed with Coleman’s assessment of the drugs but questioned the timing of the deal, noting Endo could have engineered this acquisition at any time since 2014 after buying Xiaflex in its purchase of Auxilium. Fadia noted that Endo, unlike Teva and Mallinckrodt, has not settled its overhanging litigation related to the opioid epidemic.

“One could argue that given Endo’s cash position (~$1.8B as of 2Q20) and no significant debt payments required until 2024, the company was in a strong position to do BD, and the optimist could read into this announcement that the company may have some confidence into its ability to reasonably resolve the opioid litigation, but this is difficult to know for sure, and the company is already levered at ~5x,” Fadia wrote to investors.

The drugmaker is likely looking to avoid a repeat of its Somerset buyout from a few years ago. In April 2018, Endo had agreed to buy the pharma company and its CDMO in India for $190 million, but backed out of the deal the following February after it got tied up in “certain regulatory approvals,” then-CEO Paul Campanelli said at the time. 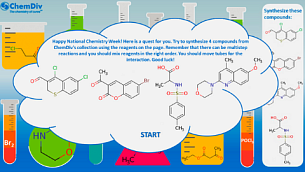