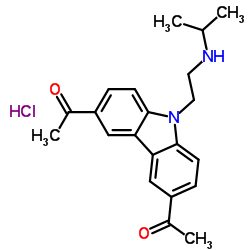 Melbourne: A critical molecular 'feedback loop' that helps initiate and drive neuroblastoma, a cancer of the nervous system in children that is triggered in embryonal nerve cells has been identified by Australian scientists.

Neuroblastoma, a cancer that develops from immature nerve cells found in several areas of the body, is the most common 'solid tumour' of early childhood, and is generally diagnosed when the disease is advanced.

The research team was able to identify an experimental drug, which was currently in clinical trials for adult cancer, with the potential to interrupt the loop and halt tumour progression, Australia-based Children's Cancer Institute said.

The authors showed in laboratory models of neuroblastoma that the drug could block the very start of this embryonal cancer, paving the way to possible prevention strategies in the future. Around half of all children with neuroblastoma have aggressive tumours, and fewer than half of these patients survive, even after intensive treatment.

The new study, from the Institute, found that the drug known as CBL01371 - used in combination with traditional DNA - damaging chemotherapy agents was much more effective than either drug alone because CBL0137 created a 'synthetic lethal' state by preventing the cancer cells from repairing DNA damage induced by chemotherapy, and so ensuring cell death.