Common anesthetic could be helpful in treating depression induced by diet 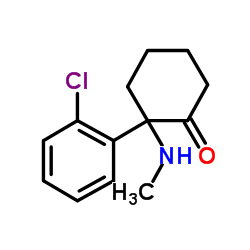 Researchers from Yale University have reported that , an anesthetic can reverse symptoms similar to depression in rats that were fed high-fat diet similar to the way it addresses synaptic damage from chronic stress and depression in people. Often times, the craze for junk food and eating on the go without adhering to a specific daily schedule for food intake leads to overeating.

When chronic stress and a high-fat diet overlap with each other it could potentially contribute to depression and metabolic disorders like type 2 diabetes, says Ronald Duman, a professor at Yale University, New Haven and one among the researchers involved in this study.

The pathway that regulates synthesis of proteins responsible for the creation of connections in the brain damaged due to depression and stress can be activated with the help of Ketamine, say the researchers. Further, the pathway is also responsible for cellular responses to metabolism and energy, and those with metabolic disorders such as type 2 diabetes could be at a higher risk of suffering from depression, according to the study.

Researchers also explored if diet could influence the behavior of rats that were fed 600% their normal volume of fat. The results showed that at the end of 4 months of such enhanced fat diet the rats showed signs of anxiety and depression. Further, they also found that the symptoms could be quickly reverse with a single low dose of Ketamine, leading to reversal of disruption in signaling pathways in the brain.

Duman, however, cautioned that more research was essential to study how ketamine impacted the metabolism and determine appropriate dosage through clinical trials.