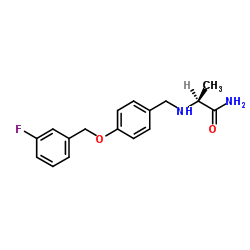 The Swiss Agency for Therapeutic Products (Swissmedic) has approved Xadago (safinamide) for use in Parkinson’s Disease (PD).

Xadago, which is being developed by Zambon and its partner Newron Pharmaceuticals, was approved as add-on therapy to levodopa (L-dopa) alone or in combination with other PD therapies for patients in mid-to late-stage and motor fluctuations.

It blocks the enzyme monoamine oxidase type B which breaks down dopamine, helping to restore dopamine levels in the brain and enhancing the patient's symptoms.

Xadago is available as tablets (50 and 100 mg) with treatment starting at a dose of 50 mg a day. The dose may be increased up to 100 mg a day depending on patient's requirement.

Zambon CEO Maurizio Castorina said: "This approval by Swissmedic is a further evidence of the acceptance of the benefits offered by Xadago (safinamide) by another regulatory authority.

"We keep on working to ensure this new chemical entity will be available to all the patients in need of innovative therapies in Parkinson's Disease."

Parkinson's disease affects around 1% of the population over the age of 55 years, with a male-to-female ratio of 3:2.