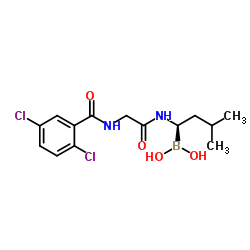 The drug, ixazomib, is approved for relapsed and refractory multiple myeloma, a form of cancer that begins in the blood marrow. The nod comes just two months after the FDA accepted Takeda's application, reflecting the agency's increasing willingness to quickly approve new cancer treatments. Ixazomib, which Takeda plans to market as Ninlaro, is the third multiple myeloma drug approved this year, following Johnson & Johnson's ($JNJ) Darzalex and Novartis' ($NVS) Farydak.

Like Takeda's blockbuster-selling Velcade and Amgen's ($AMGN) Kyprolis, ixazomib is a proteasome inhibitor, designed to kill tumors by cutting off the production of proteins they need to grow. But unlike those injected therapies, Takeda's new treatment is a pill, and the company believes ixazomib could reach blockbuster status by unseating some aging competitors in hematology. The drug has also showed promise in the related indication of systemic light-chain amyloidosis, which won it the FDA's coveted breakthrough-therapy designation.

Ixazomib, picked up in Takeda's $8.8 billion acquisition of Millennium Pharmaceuticals, is a key asset for the Japanese drugmaker as it restructures its global business and moves on from some clinical setbacks. Under new CEO Christophe Weber, Takeda is in the process of trimming about $1 billion from its budget and cutting 3,000 jobs around the world.

Ixazomib's approval clears it for use alongside Celgene's ($CELG) Revlimid and the corticosteroid dexamethasone in multiple myeloma patients who have already undergone first-line therapy. Takeda is working through four additional Phase III studies designed to widen ixazomib's indication, testing the drug in newly diagnosed multiple myeloma and amyloidosis.