AbbVie/Roche drug gets U.S. approval for a rare type of leukemia 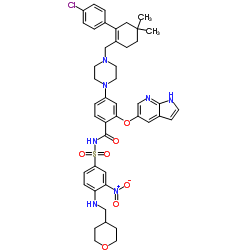 AbbVie Inc won U.S. regulatory approval on Monday for a new drug to treat patients with a rare type of chronic lymphocytic leukemia, a blood cancer.

The drug, venetoclax, was approved for patients with a genetic mutation known as 17p gene deletion, which is a marker for a particularly aggressive form of CLL. Patients with the disease survive an average of less than three years following diagnosis.

AbbVie developed the drug with Roche Holding AG. It will be marketed by both companies in the United States under the brand name Venclexta, and by AbbVie elsewhere.

The approval came well ahead of the FDA's late June action date for a decision. The FDA granted "breakthrough" designation to the drug last year, allowing it to be reviewed on a speedier schedule than normal.

AbbVie said it was also studying the drug in a wider population of patients with CLL, including those without a genetic mutation who have failed previous therapies, and in other blood cancers, including multiple myeloma.

Analysts on average estimate the drug could generate peak annual sales of $1.7 billion, according to Thomson Reuters data.

"These patients now have a new, targeted therapy that inhibits a protein involved in keeping tumor cells alive," Dr. Richard Pazdur, director of the FDA's oncology division, said in a statement.

In a trial of 106 patients with CLL patients with a 17p deletion who had received at least one previous therapy, 80 percent experienced complete or partial remission of their disease. The drug is a pill given once a day.

Imbruvica is already approved to treat patients with CLL and those who have a 17p deletion.