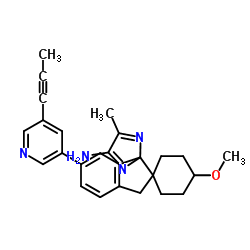 AstraZeneca and Eli Lilly announced Friday that a study of the oral BACE inhibitor AZD3293 as a potential treatment for early Alzheimer's disease will continue into Phase III after a positive interim safety analysis. The decision was taken on the recommendation of the AMARANTH trial's independent data monitoring committee.

The Phase II/III study, which began in 2014, is investigating the hypothesis that AZD3293 is a disease-modifying treatment for patients with early Alzheimer's disease. The trial has a two-year treatment period and aims to enroll more than 2200 patients. AstraZeneca and Eli Lilly noted that interim analysis was not designed to review efficacy.

In addition, the companies said they plan to start a Phase III study of AZD3293 in people with mild Alzheimer's dementia. The trial, called DAYBREAK, will begin enrolling participants in the third quarter.

AstraZeneca and Eli Lilly announced an alliance in 2014 for the development and commercialisation of AZD3293.