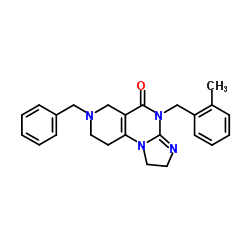 NEW YORK: Results of a recent clinical study have shown that an anti-cancer drug that triggers cell death in various tumour types, may have clinical potential for some blood cancers including mantel cell lymphoma (MCL) and acute myeloid leukemia (AML).

The researchers found that the drug ONC201 caused cell death even when a crucial protein known as p53 is mutated or deleted entirely.

This dysfunction occurs in more than half of malignancies and can promote malignant characteristics of cancers as well as resistance to standard chemotherapy, raising an urgent need for novel therapeutic solutions.

"The clinical challenge posed by p53 abnormalities in blood malignancies is that therapeutic strategies other than standard chemotherapies are required," said lead researcher Michael Andreeff, professor of leukemia at The University of Texas MD Anderson Cancer Centre in the US.

The patient samples in the study included those that demonstrated genetic abnormalities linked to a poor prognosis or cells that developed resistance to the drugs ibrutinib and bortezomib commonly used for lymphoma and multiple myeloma patients.

The study results were published online in the journal Science Signaling.

ONC201 is a first-in-class drug being clinically developed by Philadelphia-based Oncoceutics Inc. and MD Anderson Cancer Centre through an alliance formed in January 2015.