JERUSALEM, Israel I September 19, 2016 I Teva Pharmaceutical Industries Ltd., (NYSE: TEVA) today announces top-line results from the exploratory Phase 2 PRIDE-HD study. This was a 52-week, dose-ranging trial of pridopidine twice daily versus placebo, in the treatment of Huntington disease (HD). The study was directed at measuring improvement in motor function and the effect on HD progression. 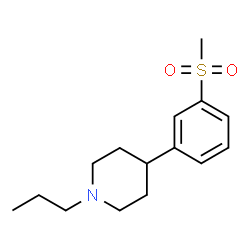 An unusually high placebo effect, extending beyond that expected from previous studies, limited the ability to determine treatment effects on assessments of HD motor scores. Evidence of symptomatic impact, however, was seen in the early stage HD patient sub-population, with improvement in Total Motor Score (TMS) and dystonia observed at 26 and 52 weeks in this patient sub-set (stage 1 HD) at specific doses.

The discovery of pridopidine's previously unknown mode of action as a potent agonist of the Sigma 1 Receptor (S1R) resulted in a change in PRIDE-HD study design, from a 26-week study focused on symptoms, to a 52-week study focused on exploring pridopidine’s potential impact on disease progression, as measured by Total Functional Capacity (TFC). TFC is the most widely accepted and validated tool for assessing disease stage in HD. It has been used as the endpoint in more than 10 previous clinical trials of drugs seeking to demonstrate an impact on HD progression, none of which were successful.

This study showed a statistically significant impact on the endpoint of disease progression at 52 weeks following treatment with pridopidine at certain doses versus placebo, as measured by TFC. The effect of pridopidine was further evident in a sub-population of patients with early stage HD, an effect first observed at 26 weeks.

Improvements were seen for early stage HD patients in elements that make up TFC, such as ability to undertake domestic chores, activities of daily living and impact on ability to manage finances. Patients' mobility and ability to move around (ambulation) may have contributed to improved TFC scores, with multiple ambulation-related endpoints (such as gait, walking, ability to get up from sitting and walk, and stair climbing) demonstrating trends favoring pridopidine.

Safety and tolerability were consistent with the safety profile seen in previous studies and compatible with continued development. No new safety findings were reported.

These results were presented at the 9th European Huntington Disease Network Plenary Meeting in The Hague on September 18, 2016. Full results from PRIDE-HD will be submitted for publication in a scientific journal.

"I am encouraged by these results, which provide us with clear insights into the approach to be taken in Phase 3 development", said Michael Hayden, President of Teva Global R&D and Chief Scientific Officer. "My obvious hope is that this will provide the HD community with a medicine capable of slowing down the progression of this devastating disease."

"These study results are very important for the HD community and for the continued development of pridopidine. Firstly, pridopidine’s safety profile has been confirmed and extended. Secondly, we now have a clearer idea of the dosages to study in Phase 3. Lastly, we have some of the most encouraging evidence to date about an intervention which may slow the inexorable functional decline of HD," said Karl Kieburtz, M.D., M.P.H., Director of the Clinical & Translational Science Institute at the University of Rochester Medical Center.

"Slowing down the progression of this disease has proven to be impossible until now. These findings give us a reason to believe we may be finally making progress in slowing deterioration of disease," said Spyros Papapetropoulos, Teva's Vice President of Clinical Development, Neurodegenerative Diseases.

The results seen in this exploratory study will need to be confirmed in a Phase 3 program that will be developed in collaboration with relevant regulatory agencies.

Pridopidine is an investigational, oral small molecule being developed for the treatment of HD that exerts its effect as an agonist of S1R. S1R plays a key role in neuroprotection through increased production of brain-derived neurotrophic factor (BDNF). Levels of BDNF are decreased in HD and other neurodegenerative disorders including Parkinson's disease, Alzheimer's disease and ALS.

HD is a fatal neurodegenerative disease for which there is no known cure or prevention. People who suffer from HD will likely have a variety of steadily-worsening symptoms, including uncoordinated and uncontrolled movements, cognition and memory deterioration and a range of behavioral and psychological problems. HD symptoms typically start in middle age, but the disease may also manifest itself in childhood and in old age. Disease progression is characterized by a gradual decline in motor control, cognition and mental stability, and generally results in death within 15 to 25 years of clinical diagnosis. Current treatment is limited to managing the symptoms of HD, as there are no treatments that have been shown to alter the progression of HD. Studies estimate that HD affects about 13 to 15 people per 100,000 in Caucasians, and for every affected person there are approximately three to five people who may carry the mutation but are not yet ill.

Teva Pharmaceutical Industries Ltd. (NYSE and TASE: TEVA) is a leading global pharmaceutical company that delivers high-quality, patient-centric healthcare solutions used by millions of patients every day. Headquartered in Israel, Teva is the world’s largest generic medicines producer, leveraging its portfolio of more than 1,800 molecules to produce a wide range of generic products in nearly every therapeutic area. In specialty medicines, Teva has a world-leading position in innovative treatments for disorders of the central nervous system, including pain, as well as a strong portfolio of respiratory products. Teva integrates its generics and specialty capabilities in its global research and development division to create new ways of addressing unmet patient needs by combining drug development capabilities with devices, services and technologies. Teva's net revenues in 2015 amounted to $19.7 billion. For more information, visit www.tevapharm.com.