The US Food and Drug Administration has green-lighted the injection as a short-term replacement therapy for oral forms of the drug in adults with certain seizure types when oral administration is temporarily not feasible. 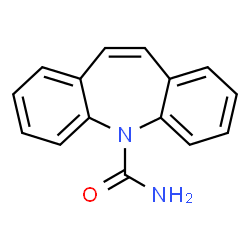 Carnexiv "provides continuity of care" for those patients unable to take carbamazepine by mouth but are experiencing partial seizures with complex symptomatology, generalized tonic-clonic seizures, mixed seizure patterns or other partial or generalized seizures, the firm noted.

On the safety side, as with the oral formulation of the drug, there is a risk of serious dermatologic reactions during treatment with Carnexiv, including toxic epidermal necrolysis and Stevens-Johnson syndrome, as well as a risk of aplastic anaemia and agranulocytosis.

"Carbamazepine is very difficult to make as an aqueous-based injectable formulation, which means that doctors have not had an IV formulation of the drug available when needed.

"This approval is the result of years of work to create a novel and stable injection formulation to support patients who need an alternative to oral carbamazepine," commented James Cloyd, director of the Center for Orphan Drug Research at the University of Minnesota College of Pharmacy.