The NDA submission for volanesorsen marks another important milestone in potentially bringing volanesorsen to patients with FCS. Patients with FCS suffer multiple, severe, daily and chronic symptoms. We are eager to provide these patients and their physicians with potentially the first effective tool to treat this devastating disease,” said Paula Soteropoulos, president and chief executive officer of Akcea. “We have successfully submitted marketing authorization applications in the U.S., the E.U. and we are on track to submit our application for marketing authorization in Canada in September. We are also on track to launch volanesorsen globally in 2018 pending approval in the respective markets.” 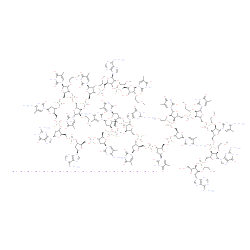 FCS is a severe, rare disorder characterized by extremely high levels of triglycerides, symptoms such as abdominal pain that affect daily living, and the risk of recurrent, potentially fatal, acute pancreatitis. People with FCS are unable to effectively metabolize large, triglyceride-rich lipid particles called chylomicrons due to a deficiency in lipoprotein lipase, an enzyme that helps to break down triglycerides. There is no effective therapy available.

“Because of drastically impaired function of lipoprotein lipase, patients with FCS have triglyceride levels that can reach 10 to 20 times that of healthy individuals. This frequently leads to recurrent episodes of acute pancreatitis, which can be fatal. Today, there is no therapy for FCS patients that can effectively reduce their triglycerides to levels that are even close to acceptable,” said Dr. Linda C. Hemphill of Massachusetts General Hospital and Harvard Medical School. “I am encouraged that the significant reductions in triglyceride levels and reduced risk of pancreatitis in the APPROACH and COMPASS studies indicate that we may soon have an option for these patients.”

“The entire FCS community is so thankful for Akcea and Ionis and their dedication to FCS patients. It is because of their hard work and determination that the community is closer to having a treatment with the potential to vastly improve the quality of life for those living with FCS,” said Lindsey Sutton and Melissa Goetz, co-presidents of the FCS Foundation.

ABOUT THE VOLANESORSEN CLINICAL PROGRAM

The submission of volanesorsen for the treatment of FCS is based on data from the Phase 3 APPROACH and COMPASS studies. The pivotal APPROACH study, a one-year, randomized, placebo-controlled study in 66 patients with FCS (average baseline triglycerides of 2,209 mg/dL, or 25.0 mmol/L), achieved its primary endpoint of reduction in triglycerides at three months, with a 77% mean reduction in triglycerides, which translated into a 1,712 mg/dL (19.3 mmol/L) mean absolute triglyceride reduction in volanesorsen-treated patients. The treatment difference is 94% compared to an 18% increase for placebo. In addition, in the APPROACH study, treatment with volanesorsen was associated with a statistically significant reduced rate of on-study pancreatitis attacks in the group of patients who had multiple pancreatitis events during the 5 years prior to screening and reduced abdominal pain in patients reporting pain during the screening period.

The most common adverse event in the studies was injection site reactions, which were mostly mild. Platelet count reductions were observed in many patients. These platelet declines were not clinically significant in most patients and were generally well managed with monitoring and dose adjustment. Five patients discontinued participation in the APPROACH study due to platelet count reductions, two of which were severe; four patients discontinued due to other nonserious adverse events.

Akcea and Ionis continue to conduct the BROADEN study, a Phase 3 clinical trial in patients with familial partial lipodystrophy (FPL), which continues to enroll, with topline data expected in 2019. Akcea plans to file for marketing authorization for volanesorsen to treat FPL in 2019 if the data from the BROADEN study are positive.

ABOUT VOLANESORSEN, FCS AND FPL

Volanesorsen, a product of Ionis’ proprietary antisense technology, is in development for two rare metabolic disorders: FCS and FPL. Volanesorsen is designed to reduce the production of ApoC-III, a protein produced in the liver that plays a central role in the regulation of plasma triglycerides and may also affect other metabolic parameters.

FCS is a severe, rare disorder characterized by extremely high levels of triglycerides, daily symptoms such as abdominal pain, and the risk of recurrent, potentially fatal, acute pancreatitis. People with FCS are unable to effectively metabolize large, triglyceride-rich lipid particles called chylomicrons due to a deficiency in lipoprotein lipase, an enzyme that helps to break down triglycerides. There is no effective therapy available. Additional information on FCS is available at www.fcsfocus.com and through the FCS Foundation at http://www.livingwithfcs.org and the LPLD Alliance at www.lpldalliance.org.

FPL is a severe, rare genetic metabolic disorder characterized by an inability of the body to store fat in normal locations. This results in high levels of triglycerides in the bloodstream, abnormal fat distribution around and within organs, such as the liver and heart, and a range of metabolic abnormalities, including severe insulin resistance. People with FPL are at increased risk of acute pancreatitis in addition to other long-term, progressive manifestations, such as premature cardiomyopathy, atherosclerosis, and liver disease. Additional information on FPL is available through Lipodystrophy United at www.lipodystrophyunited.org.

Akcea Therapeutics, an affiliate of Ionis Pharmaceuticals, Inc., is a biopharmaceutical company focused on developing and commercializing drugs to treat patients with serious cardiometabolic diseases caused by lipid disorders. Akcea is advancing a mature pipeline of four novel drugs with the potential to treat multiple diseases, including volanesorsen, AKCEA-APO(a)-LRx, AKCEA-ANGPTL3-LRx and AKCEA-APOCIII-LRx. All four drugs were discovered and are being co-developed by Ionis, a leader in antisense therapeutics, based on Ionis’ proprietary antisense technology. The most advanced drug in its pipeline, volanesorsen, is under regulatory review in the U.S. and EU for the treatment of familial chylomicronemia syndrome, or FCS, and is currently in Phase 3 clinical development for the treatment of familial partial lipodystrophy, or FPL. Akcea is building the infrastructure to commercialize its drugs globally with a focus on lipid specialists as the primary call point. Akcea is located in Cambridge, Massachusetts. Additional information about Akcea is available at www.akceatx.com.