New York: A new research has revealed that a drug which is used to treat nausea and vomiting in chemotherapy patients can help people who are suffering from sleep apnoea.

Obstructive sleep apnoea is a condition where breathing is briefly but repeatedly interrupted during sleep. It occurs when the throat muscles fail to keep the airway open during sleep despite efforts to breathe. 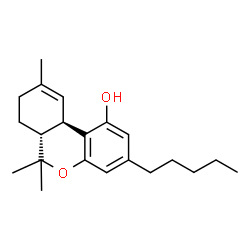 Researchers at the University of Illinois at Chicago (UIC) found that dronabinol, a cannabinoid agonist, held significant potential for treating sleep apnoea.

While a cannabinoid is any of a group of closely related compounds which include cannabinol and the active constituents of cannabis, an agonist is a substance which initiates a physiological response when combined with a receptor.

The new finding showed that "six weeks of treatment by the highest dose of dronabinol (10 milligrams) was associated with a lower frequency of apnoeas or hypopnoeas during sleep, decreased subjective sleepiness and greater overall treatment satisfaction", said David Carley, Professor at UIC.

In the study, the participants received the drug once daily before bed for six weeks.

Carley said,"At the present time, there are no approved drug treatments for sleep apnoea and there remains an important unmet need for fully effective and acceptable treatments of the disorder."

He added,"By providing a path towards the first viable obstructive sleep apnoea drug, our studies could have a major impact on clinical practice."

The study was presented at the SLEEP 2017 annual meeting in Boston.