Antioxidants are believed to prevent some chronic illnesses - such as cardiovascular disease and cancer - due to their ability to protect against cell damage. New research suggests that a common antioxidant may also protect against nonalcoholic fatty liver disease. 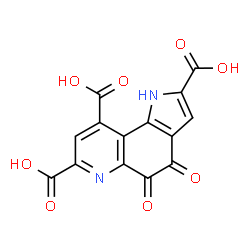 A new study suggests that an antioxidant commonly found in breast milk could help to protect against nonalcoholic fatty liver disease.

Antioxidants are commonly found in fruits and vegetables, and they are thought to prevent cell damage. Vitamins C and E, selenium, and carotenoids are all examples of antioxidants.

New research links one antioxidant in particular - commonly found in breast milk and foods such as kiwi, soy, and celery - to the risk of developing nonalcoholic fatty liver disease (NAFLD).

NAFLD is becoming increasingly widespread. In the United States, the disorder is the most common cause of liver disease, accounting for 75 percent of all chronic liver diseases.

NAFLD affects 20-30 percent of U.S. adults and 60 percent of obese adults, and the disease has been linked to the obesity "epidemic" and the metabolic disorders that accompany it.

Studying the effect of PQQ in obese mice

Researchers from the University of Colorado Anschutz Medical Campus set out to examine whether an increased dose of pyrroloquinoline quinone (PQQ) administered prenatally in obese mice could halt the progression of NAFLD.

The findings were published in the Journal of the Federation of American Societies for Experimental Biology.

Led by Karen Jonscher, Ph.D. - associate professor of anesthesiology and a physicist at CU Anschutz - the team fed a high-fat, high-sugar Western diet to pregnant mice in order to induce obesity. Another group of pregnant mice was fed a healthful diet. Additionally, a subgroup from each of the two groups received PQQ in their drinking water.

The mice's offspring were also fed the two diets for 20 weeks, as well as having received PQQ through their mothers' breast milk, according to the group they were a part of.

As expected, the mice fed a Western diet gained more weight than those fed a healthful one. Supplemental PQQ, whether administered pre- or postnatally, had no impact on the weight gain.

However, PQQ treatment reduced both liver and body fat in obese offspring. PQQ reduced liver fat in mice even before they were born.

The researchers found decreased indicators of oxidative stress and proinflammatory genes in obese mice that had been given PQQ. This suggests that the antioxidant also reduced liver inflammation.

Interestingly, these positive effects persevered in the offspring after the PQQ was withdrawn as part of the weaning process.

"When given to obese mouse mothers during pregnancy and lactation, we found it protected their offspring from developing symptoms of liver fat and damage that leads to NAFLD in early adulthood," says Karen Jonscher.

PQQ is naturally found in soil, interstellar dust, and human breast milk. The antioxidant is critical for development in mammals, and it can also be found in a variety of plant foods, such as soy, parsley, celery, kiwi, and papaya.

Jonscher also emphasizes the benefits of early PQQ diet supplementation for the prevention of liver disease.

"Perhaps supplementing the diet of obese pregnant mothers with PQQ, which has proven safe in several human studies, will be a therapeutic target worthy of more study in the battle to reduce the risk of NAFLD in babies." -  Karen Jonscher, Ph.D.

The author cautions, however, that pregnant women should always check with their physician before taking any supplements.