Ardelyx says it has hit its primary endpoint and most of its secondary endpoints in a late-stage test of its IBS (with constipation) candidate tenapanor, but investors were spooked as its shares spiraled downward premarket.

The topline results from the T3MPO-1 trial, the first of two phase 3 tests in IBS-C in more than 600 patients, hit its primary endpoint, showing that a greater proportion of tenapanor-treated patients compared to placebo-treated patients (27% vs 18.7%) had at least a 30% reduction in abdominal pain. 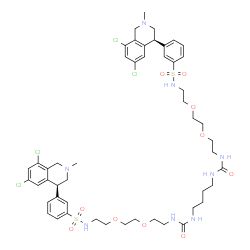 It also hit seven of the eight secondary endpoints, missing the target in bowel movement rates, and there were some AE issues with tenapanor as compared with a dummy treatment, seeing higher rates of diarrhea (14.6% vs 1.7%) and slightly more for nausea (2.6% vs 1.7%).Patients pulling out of the trial due to diarrhea were 5.9% for tenapanor, compared to just 0.6% for the placebo group. More details from the study will be published down the line.“We’re pleased to have achieved the primary endpoint in the T3MPO-1 trial,” said Mike Raab, president and CEO of Ardelyx.“IBS-C is an extremely difficult, life-altering condition, and despite advancements, there remains a strong need for new, innovative treatments. With a differentiated mechanism of action [the drug is a small-molecule NHE3 inhibitor], we believe tenapanor has the potential to augment the care of patients with IBS-C.”A second phase 3 trial, T3MPO-2, is expected to report in the fourth quarter and is a 26-week study of tenapanor in IBS-C. The biotech hopes to use data from both trials to help it make its case to regulators in the future.Back in February, tenapanor also hit its marks in a phase 3 hyperphosphatemia (elevated levels of phosphate in the blood) test, but that came after a year of struggles for the biotech and some major adverse events for diarrhea in former studies.The company’s shares were down a major 38% in early trading this morning, potentially on the still higher-than-placebo rates of diarrhea, given its past problems in the area.