WASHINGTON, Feb. 12 (Xinhua) -- Aspirin has been used as a medication to treat pain, fever and inflammation, but a new study shows that daily doses of aspirin could also help ward off cancer. 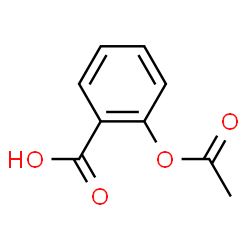 Earlier studies have discovered that aspirin may decrease the risk of certain types of cancer, but scientists remain puzzled for years over how exactly the drug works to prevent the deadly disease, with many attributing it to the drug's inflammation-lowering properties.

According to the new study, scientists from Veterans Affairs in Texas suggested that the pain-relief medication's interaction with platelets, the blood cells that form clots to stop bleeding, could stop tumors from growing.

Normally, platelets can help form new blood vessels when a clot forms after a wound, but the same action can help tumors proliferate and survive.

The research, published in the February issues of Cancer Prevention Research, found that aspirin disrupts the normal clotting process by shutting down a key enzyme called COX-1, thereby blocking interactions between platelets and cancer cells and curbing the growth of tumors.

Some experiments used regular aspirins from a local drug store, while the new study used a special mix of aspirin and phosphatidylcholine (PC), a type of lipid or fat molecule found in soy lecithin, which is designed to ease the gastrointestinal risk associated with regular aspirins.

The study provided evidence that the enhanced aspirin complex, called Aspirin-PC/PL2200, possesses the same or more pronounced actions versus regular aspirins with regard to antiplatelet effects.

"These results suggest that aspirin's chemopreventive effects may be due, in part, to the drug blocking the proneoplastic action of platelets and they support the potential use of Aspirin-PC/PL2200 as an effective and safer chemopreventive agent for colorectal cancer and possibly other cancers," said scientists in the study.