AstraZeneca continued its program of divesting old medicines on Wednesday with the sale for up to $302 million of migraine drug Zomig to Germany's Grunenthal.

The British firm, which is betting on new drugs for cancer and other diseases to revive its fortunes, has sold or licensed out a raft of aging products recently. Some analysts have criticized the trend for unduly propping up its earnings. 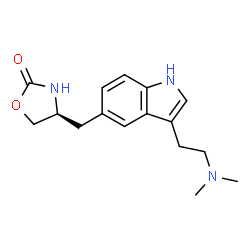 Grunenthal will acquire global rights to Zomig in all markets outside Japan, paying AstraZeneca $200 million upon completion of the deal. AstraZeneca will also receive up to $102 million in future milestone payments.

In 2016, AstraZeneca's revenue from Zomig outside Japan was $96 million.

The two companies added that Impax Pharmaceuticals, which had previously licensed rights to the drug in the United States, would continue to sell Zomig in that market.

For Grunenthal - best-known as the company that initially developed thalidomide as a morning sickness drug - the acquisition builds up its growing business in pain products.

Chief Executive Gabriel Baertschi said it was an important step in reaching the group's ambition to become a company with 2 billion euros ($2.25 billion) of sales by 2022. Sales in 2016 totaled around 1.4 billion euros.

Like other recent drug divestments, the Zomig agreement does not impact AstraZeneca's financial guidance for 2017.