RIDGEFIELD, Conn., April 19, 2017 /PRNewswire/ -- Boehringer Ingelheim Pharmaceuticals, Inc. today announced that the first patient has been enrolled in the PF-ILD (progressive fibrosing interstitial lung disease) trial. This study investigates the efficacy and safety of nintedanib in a range of progressive fibrosing lung conditions other than idiopathic pulmonary fibrosis (IPF). 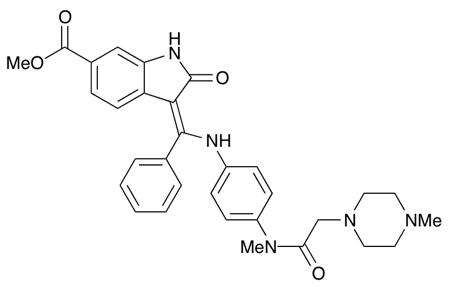 There are over 200 conditions that affect the tissue and space around the air sacs of the lungs (interstitium). These conditions are called interstitial lung diseases or ILDs. Based on clinical observations, there is a group of patients with ILD who, independent from the classification of the ILD, exhibit progressive fibrosis. The proposed terminology for describing this group of patients is PF-ILD. In these patients, the disease appears to follow a course similar to IPF with worsening of respiratory symptoms, lung function, quality of life and ability to perform daily activities, as well as early mortality despite treatment."This trial enrolls patients who have lung fibrosis of at least 10 percent by chest imaging that is getting worse by symptoms, physiology or imaging, despite treatment," said Kevin Flaherty, M.D., coordinating principal investigator of the PF-ILD trial. "This trial is an innovative way to study a potential treatment for patients with progressive fibrosing lung diseases and is an important step in exploring the way fibrosis of the lungs is treated and whether nintedanib could be an effective therapy."Nintedanib, which is marketed as Ofev®, is approved for a rare lung disease called IPF, in which it has been shown to slow disease progression as measured by annual rate of decline in lung function. Building on the positive real-world clinical experience in IPF, the Phase III trial is now exploring whether nintedanib can effectively target the scarring in the lungs of patients suffering from other progressive fibrosing ILDs."Boehringer Ingelheim is dedicated to advancing the understanding of fibrosing lung diseases where no or limited treatments exist," said Christopher Corsico, M.D., chief medical officer, Boehringer Ingelheim. "Our innovative PF-ILD trial is designed to include patients with fibrosing lung diseases who would not otherwise be eligible to participate in a clinical trial. This demonstrates the commitment of Boehringer Ingelheim to transform fibrosing interstitial lung diseases from fatal diseases to chronic, treatable ones."About the study

This double-blind, randomized, placebo-controlled [NCT 02999178] study will evaluate the efficacy and safety of nintedanib 150 mg twice daily over 52 weeks in patients with PF-ILD. The primary endpoint is the annual rate of decline in forced vital capacity (FVC), a measure of disease progression. Other clinical evaluations include the absolute change from baseline in the King's Brief Interstitial Lung Disease Questionnaire (K-BILD), which measures the health-related quality of life of patients with ILDs to assess the impact of treatment. Other main secondary endpoints include time to first ILD exacerbation and overall survival. The study will include patients with PF-ILD with documented lung scarring on imaging (high-resolution computer tomography, HRCT), and whose lung function and respiratory symptoms or chest imaging have worsened despite treatment.

Interstitial lung disease (ILD) encompasses a large group of over 200 lung disorders, but there is no widely accepted single classification. Based on clinical observations, there is a group of patients who, independent of their ILD diagnosis, at some point in time develop a progressive phenotpye. Based on their similar disease characteristics, including decline in lung function and early mortality, it is thought to be appropriate to group these conditions together, regardless of their ILD diagnosis. PF-ILD is the umbrella term for this group of patients.

The U.S. Food and Drug Administration (FDA) approved OFEV for the treatment of idiopathic pulmonary fibrosis (IPF). It is not known if OFEV is safe and effective in children.