The FDA will review Agios and partner Celgene’s NDA for enasidenib (aka AG-221) in relapsed or refractory acute myeloid leukemia (AML) with certain mutations in double quick time, with a PDUFA date of August.

Agios said in a statement that its Celgene-backed med, a first-in-class, oral, selective, potent inhibitor of mutant isocitrate dehydrogenase-2 (IDH2), has been accepted under a priority review, with a decision set to be made by August 30. 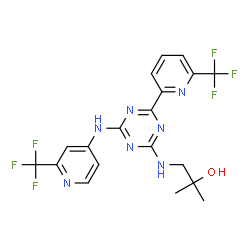 The NDA is based on a single arm phase 1/2 study of AG-221 in patients with advanced forms of blood cancer with an IDH2 mutation.

Its filing and FDA acceptance has come swiftly off the back of just three years’ worth of work in the lab. Celgene owns the rights to the drug, with Agios set to sell the med with Celgene in the U.S.whereby Celgene will "reimburse Agios for costs incurred for its co-commercialization efforts."

“We accelerated this application – submitting the NDA just three years after the first patient was treated in the enasidenib pivotal investigational trial – because we believe that there is a significant unmet need for people with relapsed or refractory AML,” said Michael Pehl, president, hematology/oncology for Celgene.

“The acceptance of the enasidenib NDA is a significant milestone in what we hope will be a new era of molecularly targeted therapies for patients with this devastating disease.”

On top of this, Abbott has also handed in a premarket approval application to the FDA for its IDH2 assay, a diagnostic to seek out IDH2 mutations that enasidenib targets; mutations that occur in about 8% to 19% of AML patients.

Celgene is also looking at enasidenib compared with conventional therapy in older patients, again with an IDH2 mutation and relapsed or refractory AML, in an ongoing phase 3 test.

Cambridge, MA-based Agios has previously said that it was “to explore a similar regulatory path” for its other med, AG-120, a first-in-class, oral, potent inhibitor of mutant IDH1.

This drug was also once part of a deal between Agios and long-term partner Celgene, but in May it handed back the ex-U.S. rights as part of a retooling of its original 2010 pact with the biotech.

Agios, a 2009 Fierce 15 company, has been rolling since pulling off a $106 million IPO in the early days of biotech’s protracted boom on Wall Street.

Celgene, a prolific dealmaker, has repeatedly affirmed its faith both in Agios’ platform technology and its pioneering approach to drug development in oncology. Despite backing away from AG-120, Celgene has still kept the faith in the biotech and kept its hand very much in with the company it has helped nurture for so many years.

AG-120 has not however had a great time of it in the last. In November 2015, Agios posted what initially looked like promising data from a phase 1 study against solid tumors, but the results fell short of some investors' expectations, sending the company's share value down about 10%.

Celgene was up 1% premarket this morning, while Agios was also up by the same amount, with a market cap of more than $2 billion.