Iterum Therapeutics has raised $65 million in an oversubscribed Series B round of funding. The money will go toward the development of sulopenem, an oral and intravenous antibiotic to treat superbugs caused by gram-negative bacteria. 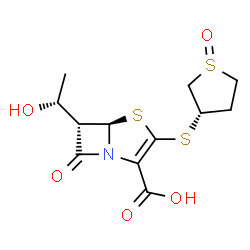 The funding will go to continuing efforts toward a Phase 3 trial of sulopenem in urinary tact infections caused by gram-negative bacteria.

The trial is expected to begin in the first half of 2018; Iterum expects to file a new drug application with the U.S. Food and Drug Administration by the end of 2019.

Iterum, founded in 2015 and incorporated in Dublin, runs its U.S. operations from Chicago. CEO Corey Fishman, a veteran pharma executive, previously was COO and CFO at Durata Therapeutics, another pharma company focused on treating infectious disease. Durata moved its headquarters to Chicago from New Jersey in 2012.

Gram-negative bacteria poses a growing problem to hospitals, nursing homes and other healthcare settings. The bacteria cause bloodstream and wound infections, pneumonia and meningitis and are increasingly resistant to most antibiotics, according to the Centers for Disease Control and Prevention.

Gram-negative infections, so named because of how they react to a Gram stain test, can be even more difficult to treat than MRSA (methicillin-resistant Staphylococcus aureus), another drug-resistant bug that is gram-positive. Together, the antibiotic-resistant bacteria infect at least two million people in the U.S. each year, according to the CDC, and kill at least 23,000 people.