LISBON, Portugal—AstraZeneca’s Farxiga is already battling it out with its SGLT2 rivals in Type 2 diabetes. But it may have a future in another field, too.

Thursday at the European Society for the Study of Diabetes (EASD) annual meeting, the drugmaker rolled out 24-week results from a phase 3 trial in Type 1 diabetes patients, which showed Farxiga could significantly lower HbA1c, a standard blood glucose measure, compared with placebo. 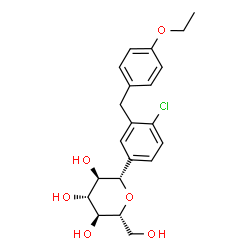 Patients taking the low dose also lost 2.96% of their body weight and cut their daily insulin dose by 8.8%, while patients on the higher dose scored a 3.72% body-weight loss and chopped 13.2% off patients’ daily insulin dose.

“The weight reduction is very significant,” Jim McDermott, AstraZeneca’s Medical Affairs lead for diabetes, said in an interview. “That’s one of the things for Type 1 patients, they struggle with, especially because they’re taking insulin"

AZ cheered the results in the Type 1 population, which right now is “dependent on insulin” and has no oral options.

“I find this data very, very encouraging,” McDermott said, adding that “if our follow-up studies demonstrate results like this, I think we have the opportunity to provide a new and novel treatment for patients with Type 1.”

AstraZeneca has been working hard to churn out data that could expand Farxiga use. Earlier this year, it unveiled a real-world analysis showing that SGLT2 drugs cut heart failure hospitalization rates by 39% compared with other types of diabetes therapy—results it hopes portend well for its forthcoming cardiovascular outcomes readout.

And at June’s American Diabetes Association (ADA) annual meeting, the British drugmaker showed that those same results held true for Type 2 diabetes patients across the cardiovascular disease spectrum, potentially setting up a case for front-line SGLT2 use.

It’s not the only SGLT2 company going after a Type 1 indication, though. At 2016’s ADA meeting, rival Johnson & Johnson showed that its Invokana beat out a placebo-insulin combo at lowering both mean glucose levels and glycemic variability in a phase 2 study.

But in that same study, Invokana also upped the rate of serious adverse events related to ketoacidosis, a serious condition that can lead to coma or death. The FDA flagged a risk of ketoacidosis assoiated with the SGLT2 class in 2015.