THOUSAND OAKS, Calif., Feb. 7, 2017 /PRNewswire/ -- Amgen (NASDAQ:AMGN) today announced that the U.S. Food and Drug Administration (FDA) has approved Parsabiv™ (etelcalcetide) for the treatment of secondary hyperparathyroidism (HPT) in adult patients with chronic kidney disease (CKD) on hemodialysis. Parsabiv is the first therapy approved for this condition in 12 years and the only calcimimetic that can be administered intravenously by the dialysis health care team three times a week at the end of the hemodialysis session. 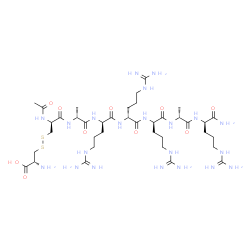 "We are excited about today's approval of Parsabiv in the U.S. and the opportunity to provide patients and health care providers with a novel option to help treat a complex disease that affects a significant number of patients on hemodialysis," said Sean E. Harper, M.D., executive vice president of Research and Development at Amgen. "Parsabiv not only has demonstrated strong efficacy in clinical trials; it also fills an unmet need by putting the delivery of the therapy in the hands of the health care professional."

Often occurring in patients in Stage 5 of CKD,1,2 secondary HPT refers to the excessive secretion of parathyroid hormone (PTH) by the parathyroid glands in response to decreased renal function and impaired mineral metabolism.1,3 Parsabiv binds to and activates the calcium-sensing receptor on the parathyroid gland, thereby causing decreases in PTH.

"As a physician who cares for patients with advanced chronic kidney disease, I understand the importance of achieving and maintaining simultaneous reductions in a number of complex lab values in the treatment of secondary HPT," said Geoffrey A. Block, M.D., nephrologist at Denver Nephrologists, PC, in Colorado. "The ability to provide my patients with an intravenous calcimimetic and help ensure they receive the therapy they need is a tremendous milestone in the management of this frequently undertreated chronic progressive disease."

Secondary HPT is a serious condition and the proportion of patients unable to reach recommended secondary HPT lab targets has more than doubled in the last five years.4 Sensipar® (cinacalcet), the first FDA-approved calcimimetic, became an important treatment for patients with secondary HPT on dialysis based on its ability to reduce three important biochemical abnormalities (PTH, calcium, phosphorus). Parsabiv is a novel calcimimetic that can be delivered intravenously at the end the hemodialysis session and has been demonstrated to effectively reduce levels of PTH, corrected calcium and phosphate. These reductions were maintained for up to 78 weeks.

Amgen is committed to working with patients, dialysis providers and payers to deliver value-based solutions for managing the burden of secondary HPT. Based on the doses expected to be used in clinical practice, the monthly costs of Parsabiv and Sensipar should be comparable.

The approval of Parsabiv in the U.S. was largely based on data from two placebo-controlled Phase 3 studies, both of which met their primary endpoints.

In the two 26-week, randomized, double-blind, placebo-controlled studies, an aggregate of 1,023 patients with moderate-to-severe secondary HPT (PTH greater than 400 pg/mL) on hemodialysis were randomized to receive intravenous Parsabiv or placebo three times a week, at the end of their dialysis sessions in addition to standard of care that could include vitamin D and/or phosphate binders. The primary endpoint of both studies was the proportion of patients achieving greater than 30 percent reduction from baseline in PTH during the Efficacy Assessment Phase (EAP), defined as weeks 20 through 27. Secondary endpoints included the proportion of patients with PTH less than or equal to 300 pg/mL during the EAP; and percent reductions in PTH, albumin-adjusted calcium (cCa), phosphate (P) and cCa x P during the EAP.

Additionally, greater percent reduction from baseline was achieved in Parsabiv-treated patients than placebo-treated patients during the EAP, for PTH, corrected calcium and phosphate in both studies.

Secondary hyperparathyroidism (HPT) is a chronic and serious condition which affects many of the approximately two million people throughout the world who are receiving dialysis, including 468,000 people in the U.S.5,6,7,8 Approximately 88 percent of CKD patients on hemodialysis will develop secondary HPT.9 Secondary HPT refers to the excessive secretion of parathyroid hormone (PTH) by the parathyroid glands in response to decreased renal function and impaired mineral metabolism.1,3 The elevated levels of PTH can lead to an increase in the release of calcium and phosphate from the bones.3,10,11 Secondary HPT is often initially silent and asymptomatic.3 As a result, secondary HPT is frequently underdiagnosed and undertreated.3,12

Parsabiv is a novel calcimimetic agent indicated for the treatment of secondary hyperparathyroidism (HPT) in adult patients with chronic kidney disease (CKD) on hemodialysis.

Parsabiv has not been studied in adult patients with parathyroid carcinoma, primary hyperparathyroidism, or with CKD who are not on hemodialysis and is not recommended for use in these populations.

Amgen is committed to unlocking the potential of biology for patients suffering from serious illnesses by discovering, developing, manufacturing and delivering innovative human therapeutics. This approach begins by using tools like advanced human genetics to unravel the complexities of disease and understand the fundamentals of human biology.

Amgen focuses on areas of high unmet medical need and leverages its expertise to strive for solutions that improve health outcomes and dramatically improve people's lives. A biotechnology pioneer since 1980, Amgen has grown to be one of the world's leading independent biotechnology companies, has reached millions of patients around the world and is developing a pipeline of medicines with breakaway potential.