The U.S. Food and Drug Administration today approved Ingrezza (valbenazine) capsules to treat adults with tardive dyskinesia. This is the first drug approved by the FDA for this condition.

Tardive dyskinesia is a neurological disorder characterized by repetitive involuntary movements, usually of the jaw, lips and tongue, such as grimacing, sticking out the tongue and smacking the lips. Some affected people also experience involuntary movement of the extremities or difficulty breathing. 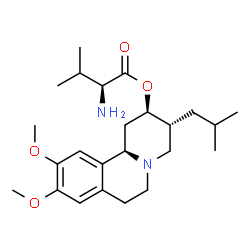 "Tardive dyskinesia can be disabling and can further stigmatize patients with mental illness," said Mitchell Mathis, M.D., director of the Division of Psychiatry Products in the FDA’s Center for Drug Evaluation and Research. "Approving the first drug for the treatment of tardive dyskinesia is an important advance for patients suffering with this condition."

Ingrezza may cause serious side effects including sleepiness and heart rhythm problems (QT prolongation). Its use should be avoided in patients with congenital long QT syndrome or with abnormal heartbeats associated with a prolonged QT interval. Those taking Ingrezza should not drive or operate heavy machinery or do other dangerous activities until it is known how the drug affects them.