A deadline for U.S. regulators to give a verdict on a generic copy of GlaxoSmithKline's blockbuster inhaled lung drug Advair has passed with no sign of approval, sparking speculation that a threat to GSK profits might be delayed.

That could offer a reprieve for the British group's new chief executive, Emma Walmsley, who takes over in two days. 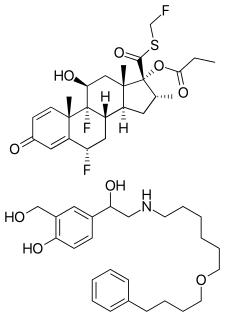 The U.S. Food and Drug Administration (FDA) had been due to decide by March 28 whether to approve the first substitutable generic copy of the two-part drug for asthma and chronic lung disease, made by generics firm Mylan.

In the event, the FDA issued no statement and a Mylan spokeswoman said the generic drugmaker had "no comment at this point".

"It is possible Mylan might still make an announcement when the U.S. market opens, but I don't think anybody would be surprised if the review period for their product is extended," said Deutsche Bank analyst Richard Parkes.

GSK shares initially rose as much as 0.7 percent but slipped back to stand 0.3 percent lower by 1220 GMT.

Options trading in Mylan had been busy on Tuesday, although many investors appeared to believe Mylan was unlikely to win a green light this week.

Mylan's version of Advair would be the first complex inhaled combination generic product to be approved by the U.S. agency and a number of analysts believe the likelihood of an on-time approval is therefore quite low.

"With such a commercially important decision it was always likely that the approval process wasn't going to be straightforward," said Trinity Delta analyst Mick Cooper.

A second generic version of Advair from Hikma Pharmaceuticals is also awaiting an FDA approval decision by May 10. Hikma shares fell around 1 percent.

Dealing with the threat of competition to Advair, which has generated more than $1 billion in annual sales since 2001, is the first big challenge facing GSK's new CEO Walmsley.

GSK has told the market that core earnings per share, in constant currencies, will be flat to slightly lower in 2017, if substitutable Advair generics arrive in the United States by mid-year. If they don't launch, EPS should rise between 5 and 7 percent.

GSK is not alone in worrying about generic Advair. Novartis' generics unit Sandoz, which is further behind in developing its form of Advair, has also tried to stall generics by taking issue with FDA rules governing such copies.

Some analysts said discussion over these so-called bioequivalence standards could be a factor delaying generic Advair.