The dose-escalating COBALT-1 study tested 300 mg, 600 mg and 900 mg tablets of the pharma's gemcabene in eight patients with homozygous familial hypercholesterolemia (HoFH) already receiving maximally tolerated amounts of other cholesterol-reducing agents, such as statins, PCSK9 inhibitors or ezetimibe. The trial ran 12 weeks, with participants starting on the lowest dose and moving to 600 mg at 4 weeks and 900 mg at 8 weeks. 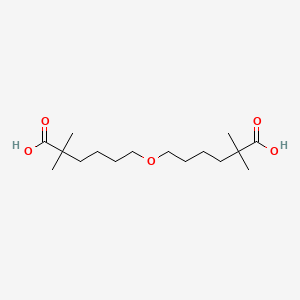 Results showed a 25%, 30% and 29% average decline in low-density lipoprotein (LDL) cholesterol from baseline across the respective doses, and no patients demonstrated serious adverse events. Gemphire plans to present complete data at a later cardiovascular conference, according to a June 28 statement.

Though Wednesday's announcement is a positive for Gemphire, it's unclear exactly how things will shake out for the company's main drug.

Gemcabene is in-licensed from Pfizer, which also owns a large stake — 7.3% of common stock as of Feb. 13, according to the big drugmaker's most recent S-13G filing — in Gemphire. The agreement gives the smaller player a worldwide exclusive license to some development and commercialization patents related to gemcabene in exchange for equity and potential milestone and royalty payments.

Perhaps the most important provision, however, is that Pfizer can snatch its drug back if Gemphire doesn't bring it to market before April 2021. Such an event is fairly possible too, because a long-standing partial clinical hold over gemcabene due to toxicity concerns means clinical trials testing the drug can't last more than six months. Two-year rat and mouse carcinogenicity studies set to complete by the end of this year could lift that hold should they yield positive outcomes, but the jury is still out.

In any case, company executives remain optimistic about the drug, which they say fills a much-needed role in further lowering bad cholesterol for patients who can't take or don't respond to other medicines.

Investors also appear to be looking more fondly on the company. Gemphire stock rose 3% to $12.27 per share on Wednesday, and ratcheted up further to $13.18 apiece in Thursday morning trading.