“With respect to 180-day generic drug exclusivity, the FDA noted that Glenmark was one of the first ANDA [abbreviated new drug application] applicants to submit a substantially complete filing for nebivolol tablets” covering various dosages, the Indian drugmaker noted. 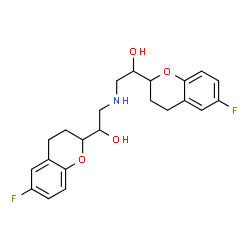 The company also said that under the terms of a 2013 settlement agreement with Forest, it will be able to market and distribute its product under a licence from Forest three months, or possibly earlier in certain circumstances, before the expiration of a specific US patent, including any extension or paediatric exclusivity. In addition to Glenmark, Forest has similar patent litigation settlements for Bystolic with Alkem, Amerigen, Hetero, Indchemie and Torrent Pharmaceuticals.