GW Pharmaceuticals is set to file its cannabis-derived drug with U.S. regulators imminently, following publication of detailed data on its success in fighting severe childhood epilepsy.

GW first reported in March 2016 that Epidiolex cut monthly convulsive seizures by 39 percent in children with Dravet syndrome, but full results of the 120-patient study were only published in the New England Journal of Medicine on Wednesday. 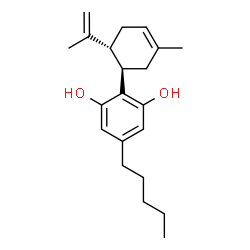 The journal article also showed that 5 percent of patients stopped having seizures altogether and 43 percent saw their seizures cut by half.

GW's medicine, which is given as a syrup, is a purified form of cannabidiol, one of the active ingredients found in marijuana. It contains less than 0.1 percent of tetrahydrocannabinol, the substance that makes people high.

Stephen Wright, GW's chief medical officer, said the company would submit its application to the Food and Drug Administration by mid-year, with a filing in Europe following a little later in 2017.

GW is seeking regulatory approval to sell Epidiolex as a treatment for both Dravet and Lennox-Gastaut syndrome, another severe form of epilepsy.

Last year's news of the drug's success in epilepsy saw shares in GW more than double on investor hopes of bumper sales.

Analysts on average now expect annual sales of the medicine to reach $1.6 billion in 2023, according to Thomson Reuters data.

An editorial in the New England Journal of Medicine said the clinical trial of Epidiolex in Dravet syndrome represented "the beginning of solid evidence for the use of cannibinoids in epilepsy", after an era of anecdote and emotional debates.