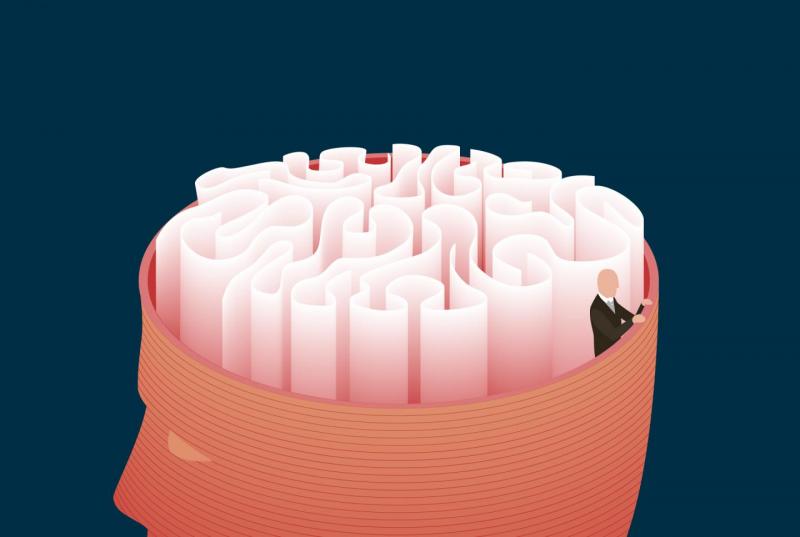 Scientists investigated two molecules that have a high pharmaceutical potential and low toxicity. Specialists worked on a 5-HT6R activity blocking compound. 5-HT6R receptors are integrated into nerve cell membranes and can react to certain external signals. The positive results of the studies mean that researchers can move on to clinical trials to verify the safety and effectiveness of a drug that could potentially treat one of the most serious diseases of our time. Source: MIPT Press Office

This year, results have been published of two significant research studies about molecules that could potentially treat Alzheimer’s disease. The chief researcher in both studies was the head of the Laboratory of Medical Chemistry and Bioinformatics at MIPT Yan Ivanenkov. Papers on the two new molecules were published in Molecular Pharmaceutics and Current Alyheimer Research. Mark Veselov, another MIPT employee, also participated in the second study.

Both papers cover the study of neuroprotectors – antagonists to the 5-HT6R receptor. The latest research confirms that this target has a high therapeutic potential in the treatment of Alzheimer’s disease. Preclinical studies on lab animals have shown that the compounds have a high selectivity.

Alzheimer’s is one of the most widespread diseases in elderly people. People over the age of 60 are at the greatest risk of developing the disease, but it can also occur at a younger age. Patients suffer from loss of memory and cognitive functions; they become socially detached and lose their independence, and the body can no longer function properly, which inevitably leads to death. According to medical statistics, Alzheimer’s is the cause of two out of every three cases of dementia in the elderly and it is a huge economic problem in developed countries – the financial impact in the US, for example, is higher than for cancer or cardiovascular diseases.

Scientists have not yet succeeded in finding an effective cure for Alzheimer’s. Despite the fact that we know how the disease develops, we cannot say that we are even close to a solution. Pharmaceutical studies are still being conducted in order to be able to reduce the symptoms of the disease.

In the first paper, specialists Alexander Ivashenko and Yan Lavrovsky from Alla Chem LLC, Avineuro Pharmaceuticals Inc. and R-Pharm Overseas Inc. (all US companies), in collaboration with MIPT’s Yan Ivanenkov, worked on a 5-HT6R activity blocking compound. A similar task was investigated in Yan and Alexander’s second study with another MIPT employee, Mark Veselov. 5-HT6R receptors were chosen because they are integrated into nerve cell membranes and are capable of reacting to certain external signals, which is why scientists consider them as targets for AD treatment. The antagonists to the receptor are able to ease the symptoms of the disease in a clinical environment.

Scientists studied the pharmacokinetic features, activity, efficiency, and also the toxicity profile of AVN-211. First, a screening test was performed using recombinant human cells containing 5-HT6R to make sure that AVN-211 really is an antagonist. Another series of experiments with cell cultures demonstrated its ability to spread in a tissue and provided preliminary data about its state in the human body – metabolism, biochemical interactions, etc.

Tests were then performed on lab animals – mice, rats and monkeys to obtain the pharmacokinetic profile of a drug candidate in a real body. Observing concentration changes in the animals’ blood after intake provided information about the compound’s pharmacodynamics.

Memory disorder stress tests have shown that AVN-211 might be able to improve memory function. Rats and mice were taught to find an exit from a maze, while their cognition was imaired by drugs provoking memory loss. Animals who were given the drug demonstrated better results. In addition, healthy animals who received the new drug were better learners and could be trained more efficiently.

These results led the researchers to believe that AVN-211 will be able to combat cognitive dysfunction caused by AD.

Scientists also think that this compound can be used to treat certain mental disorders. Tests with chemicals that produce the same symptoms as psychosis have shown a possible antipsychotic and anxiolytic (reducing anxiety) effect. Such effects are used in treating schizophrenia and depression. It was also noticed that AVN has a comparable effect to haloperidol – a common antipsychotic drug.

In vitro studies revealed that this compound affects the 5-HT6R receptor more effectively and selectively compared to all other drugs, including those currently in clinical trials. Studies on lab animals showed that AVN-211 has low toxicity.

The same tests were performed for AVN-322. Screening with the 5-HT6R receptor on human cell culture proved that the molecule is a highly effective antagonist. In vivo tests were performed on mice: the animals were taught how to get out of a maze and had to remember that a section of the floor was electrified. The results showed that mice that received low levels of AVN-322 performed better than after any existing neuroleptic drugs.

The pharmacokinetics of AVN-322 were analyzed in mice, rats, dogs and monkeys. During a 30-day intake monkeys did not have any toxic after-effects. A possible danger was noticed after a 180-day intake in rats – the substance can cause brachycardia and hypotension. However the exact after-effects are less serious than all other existing drugs. Pre-clinical data proves that AVN-322 also has a good pharmacokinetic profile – it is very digestible and passes well through the blood-brain barrier.

In conclusion, we can say that both compounds have a high pharmaceutical potential and low toxicity. The positive results of the studies mean that researchers can move on to clinical trials in order to verify the safety and effectiveness of a drug that could potentially treat one of the most serious diseases of our time.