Johnson & Johnson's Type 2 Diabetes Drug Is Stellar in Cardiovascular Trials, but Comes With a Catch 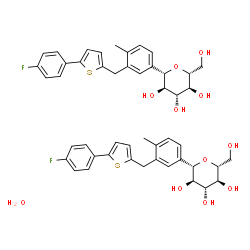 However, the big news that all investors, physicians, and patients had been waiting for is whether or not J&J's CANVAS and CANVAS-R long-term cardiovascular (CV) studies demonstrated a significant CV advantage over the placebo. A significant improvement, defined as a reduction in CV death, myocardial infarction (heart attack), and nonfatal stroke, could give Invokana an edge over DPP-4 inhibitors and potentially even its peers.For those who may not recall, J&J's Invokana was actually chasing Eli Lilly (NYSE:LLY) and Boehringer Ingelheim's Jardiance which, in the EMPA-REG OUTCOME long-term CV study, demonstrated a 14% reduction in major CV events. Interestingly enough, though, sales of Jardiance really haven't taken off. Sales totaled just $74 million for Eli Lilly in the first quarter, and while that was up 94% year-over-year, it's well below the $284 million that Invokana sold worldwide in Q1 2017.  It's possible that everyone has simply been waiting for Invokana, the first-in-class SGLT-2 inhibitor, to deliver its long-term CV results before a doctors and patients decide which drug offers the best outlook for type 2 diabetics.On Monday, June 12, Johnson & Johnson announced an aggregate reduction in the CV risks of 14%, which matched that of Jardiance.However, Invokana also reduced the risk of nonfatal myocardial infarction and nonfatal stroke by a respective 15% and 10%, which is notable because Eli Lilly's and Boehringer Ingelheim's Jardiance had no significant impact on either of these risks. What's more, it lowered the risk of hospitalization associated with heart failure by 33%, demonstrated positive effects on glycemic balance and blood pressure, and helped patients lose weight. Said Bruce Neal, principal investigator of the CANVAS and CANVAS-R studies,"The CANVAS results are important because they show clear benefit of canagliflozin over current standard-of-care treatments. Furthermore, the CANVAS Program showed consistent reductions across all components of the primary study outcome – CV death, MI and stroke – indicating efficacy of canagliflozin for all the main CV risks likely to affect patients with diabetes."

It wasn't all good news

To begin with, it's looking more and more likely that SGLT-2 inhibitors provide class-wide improvements in systolic blood pressure, weight-loss, and probably some degree of CV improvement. We have two studies under our belt that have demonstrated some degree of significant CV risk reduction, which is potentially bad news for Merck's Januvia, which is a weight-neutral drug that provided no significant reduction in the aforementioned CV risks in its long-term study. Merck has already been increasing its list price on Januvia to make up for a modest decline in demand for its lead drug, but it could soon become hard to mask strength in SGLT-2 inhibitors.As for the battle between Invokana and Jardiance, it remains to be seen if Lilly's and Boehringer Ingelheim's SGLT-2 inhibitor can gain any ground. Invokana's advantages in being first-to-market, and in providing a significant improvement in nonfatal heart attack and stroke should continue to allow it to lead all of its peers. But, the addition of a boxed warning can't be overlooked. While I don't believe Invokana will lose its superior market share in the SGLT-2 space, it's not out of the question that its market share begins to slowly get chipped away by its peers. It's also possible that J&J may need to get more cost-competitive with Invokana to overcome its boxed warning.Overall, though, these results suggest Invokana is a positive for a vast majority of type 2 diabetics, which is a good thing. It also suggests that Invokana will remain a blockbuster drug for the foreseeable future, which is good news for investors.