Cialis has generated more than $17 billion in sales during its patent life, which now extends at least through Sept. 27, 2018. Lilly reached the settlement with generic drugmakers over a dispute on a unit dose patent set to expire in 2020. 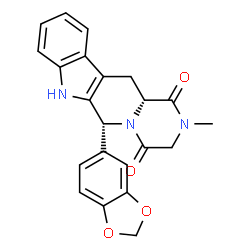 After its initial approval in 2003, Cialis’ exclusivity had been expected to end in November, just a month before Pfizer’s rival med Viagra. With the new agreement, Lilly can work to squeeze more branded sales out of a med that’s been an important contributor over the years. Last year, the drug turned in $1.469 billion in U.S. sales, or 7% of the drugmaker’s global haul.

In a statement, Lilly’s general counsel Michael Harrington said the “unit dose patent for Cialis is valid and infringed by companies seeking to market a generic version of Cialis.” He added the deal includes a “royalty-bearing license agreement that provides us with more certainty regarding our U.S. exclusivity.”

Generics from Aurobindo, Teva Pharmaceutical, Alembic, Watson, Sun Pharma and Synthon are tentatively FDA-approved and ready to roll, according to Drugs@FDA.

Cialis ranked No. 2 in FiercePharma’s report in May detailing the top patent losses of 2017. At the time, analysts with life science commercial intelligence firm EvaluatePharma predicted the med would lose 96% of its sales by 2022, tumbling to $55 million that year as a host of cheap generics flood the market.

Over the years, Lilly has grown its key ED brand with a great deal of advertising, building an identity around couples in bathtubs in TV ads and elsewhere. But as it nears the end of its patent life, Lilly will likely pull back on advertising. A recent report from Advertising Age said the company and Pfizer are pulling their NFL ad campaigns.