US pharmaceutical companies Eli Lilly (NYSE: LLY) and Incyte (Nasdaq: INCY) have announced that the US Food and Drug Administration has extended by three months the action date for its review of their rheumatoid arthritis (RA) candidate baricitinib. 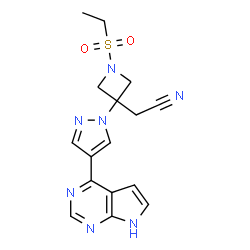 Those submissions were made in response to certain information requests from the American regulator regarding the NDA, which was submitted in January 2016.

Lilly insists the delay will not affect its 2017 financial guidance. Shares in the company fell half a point on the news before swiftly recovering. Incyte shares remain slightly down.

Baricitinib is a once-daily oral medication for the treatment of moderate to severe RA, a systemic autoimmune disease which affects more than 23 million people worldwide.

Currently available treatment options do not enable all patients to reach their therapeutic goals or sustained remission.

In 2009, Lilly and Incyte entered into a global license and collaboration agreement for the development and commercialization of baricitinib and certain follow-on compounds for patients with inflammatory and autoimmune diseases.

Regulatory approval in the USA, European Union and Japan was sought in the first quarter of 2016. The European Medicines Agency issued a positive opinion in December of that year, recommending the approval of baricitinib - which if cleared would be marketed as Olumiant.