KENILWORTH, N.J.-- (BUSINESS WIRE) -- Merck (NYSE: MRK), known as MSD outside the United States and Canada, today announced that it will be stopping protocol 017, also known as the EPOCH study, a Phase 2/3 study evaluating verubecestat, an investigational small molecule inhibitor of the beta-site amyloid precursor protein cleaving enzyme 1 (BACE1), in people with mild-to-moderate Alzheimer’s disease (AD). Merck is stopping the study following the recommendation of the external Data Monitoring Committee (eDMC), which assessed overall benefit/risk during a recent interim safety analysis, and determined that there was “virtually no chance of finding a positive clinical effect.” The eDMC noted that safety signals observed in the study “are not sufficient to warrant stopping study 017,” and recommended that protocol 019, also known as APECS, which is evaluating verubecestat in people with prodromal Alzheimer’s disease, continue unchanged. Results from protocol 019 are expected in February 2019. Results from EPOCH will be analyzed and presented at an upcoming scientific meeting. 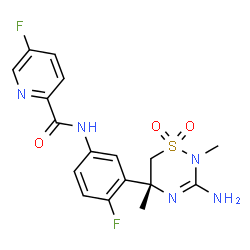 “Alzheimer’s disease is one of the most pressing and daunting medical issues of our time, with inherent, substantial challenges to developing an effective disease-modifying therapy for people with mild-to-moderate disease. Studies such as EPOCH are critical, and we are indebted to the patients in this study and their caregivers,” said Dr. Roger M. Perlmutter, president, Merck Research Laboratories. “While we are disappointed that a benefit was not observed in this study, our work continues with APECS, which is studying verubecestat in people with less advanced disease.”

The efficacy and safety of verubecestat was being evaluated in two pivotal Phase 3 clinical trials: Protocol 017, or EPOCH, in mild-to-moderate AD, and Protocol 019, or APECS, in prodromal AD. Patients with mild to moderate AD exhibit detectable and worsening impairment of cognitive and functional abilities. Patients with prodromal AD have objective memory problems but relatively normal functioning in activities of daily living.

About the EPOCH Study

EPOCH is a Phase 2/3 randomized, placebo-controlled, parallel-group, double-blind study evaluating the efficacy and safety of two oral doses of verubecestat (12 mg and 40 mg) administered once-daily versus placebo in patients with mild-to-moderate AD currently using standard of care treatment. The primary efficacy outcomes of the study are the change from baseline in the Alzheimer's Disease Assessment Scale Cognitive Subscale (ADAS-Cog) score, as well as the change from baseline in the Alzheimer's Disease Cooperative Study – Activities of Daily Living (ADCS-ADL) score, following 78 weeks of treatment. For more information about the EPOCH study, visit NCT01739348 at www.clinicaltrials.gov.

About the APECS Study

APECS is a randomized, placebo-controlled, parallel-group, double-blind Phase 3 clinical trial evaluating the efficacy and safety of verubecestat in people with prodromal AD. Subjects are randomized to receive placebo, or 12 mg or 40 mg verubecestat, once-daily. The primary efficacy outcome of the study is change from baseline in the Clinical Dementia Rating Scale-Sum of Boxes (CDR-SB) score following 104 weeks of treatment. In February 2017, Merck announced that the study was fully enrolled.

For over a century, Merck has been a global health care leader working to help the world be well. Merck is known as MSD outside the United States and Canada. Through our prescription medicines, vaccines, biologic therapies, and animal health products, we work with customers and operate in more than 140 countries to deliver innovative health solutions. We also demonstrate our commitment to increasing access to health care through far-reaching policies, programs, and partnerships.