Merck said it will apply for U.S. and European approval of the antiviral drug letermovir this year. It has been granted orphan status, which comes with several extra years of marketing exclusivity if approved. 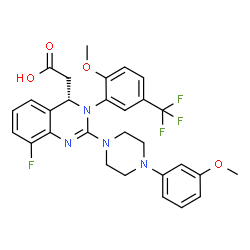 Analysts on average are forecasting annual sales exceeding $200 million by 2022, according to Thomson Reuters data.

CMV, a common virus, is a serious complication associated with bone marrow transplants used to treat acute leukemias and other cancers and diseases of the bone marrow.

In the study of 495 patients aged 18 and older who underwent bone marrow transplants, 37.5 percent who received either oral or intravenous letermovir developed clinically significant CMV infections by 24 weeks after the procedure. That compared with 60.6 percent of those who received a placebo, a statistically significant difference.

Letermovir was also associated with significantly lower all-cause mortality through week 24, with a death rate of just under 10 percent versus 16 percent in the placebo group, researchers reported.

"To me this is huge," Dr. Francisco Marty, the study's lead investigator from Dana-Farber Cancer Institute in Boston, said in a telephone interview on Thursday.

The trial shows that a primary prophylaxis strategy works "with a drug that has a side effect profile better than anything we've had before and that may confer a survival advantage," said Marty, who will present the data at a medical meeting in Orlando on Sunday.

Data on how patients fared 48 weeks after transplant will be presented at a later date, Marty said.

While there are treatments against CMV once it occurs, prior attempts to find a safe drug that could prevent serious infection after marrow transplants have failed, most recently Chimerix’s brincidofovir due to toxicity issues.

"This has been a quest for almost 30 years and we finally cracked the nut," Marty said. "Finally we have something that works very nicely and we had lower mortality."

Adverse side effects more common with letermovir than placebo included vomiting, cough and peripheral edema, researchers reported. The Merck drug did not adversely impact blood count or cause kidney damage seen with other drugs, Marty said.

He added that he would like to see Merck test the once-daily medicine in younger patients and possibly with other organ transplants.